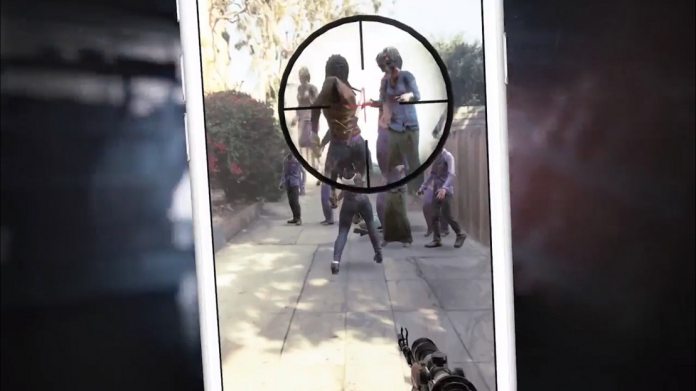 Augmented or mixed reality allows users to interact with virtual objects in a real-world environment. Microsoft has pushed mixed reality more than most, with HoloLens and Windows Mixed Reality. Google is hoping it can transform gaming by leveraging mixed reality for its Google Maps service.

The company has announced a platform for developers to create games that work in the real-world through Google Maps. In its announcement, the company said game developers can reimagine the real world and real locations as games. From racing games to zombie apocalypse games, real-world environments can be transformed.

Of course, the scope here is massive and Google could well be changing the face of games forever. The company explains how Google Maps can leverage mixed reality:

“Game studios can easily reimagine our world as a medieval fantasy, a bubble gum candy land, or a zombie-infested post-apocalyptic city. With Google Maps’ real-time updates and rich location data, developers can find the best places for playing games, no matter where their players are.”

To start, Google Maps now works with the Unity game engine, allowing map items like buildings and streets to become GameObjects. Developers can then texturize the objects through customization that matches the game vision.

More immersive gameplay is the obvious positive of this development. However, it also makes the scope of games can be limitless. Over 100 million 3D building, landmarks, and roads are available for developers in over 200 countries.

By using the Google Maps API, game developers have the following abilities:

“Create immersive experiences all over the globe

Access hundreds of millions of 3D buildings, roads, landmarks, cafes, and parks to build your game. We have the world mapped, so you can count on high-quality data from New York to Tokyo, including information on over 100 million places.

Roads, buildings, and parks are turned into game objects in Unity, where you can customize any game element. Fill parks with trees, oceans with waves, and beaches with umbrellas. Customize colors, textures, and the sizes of objects to create a game all your own.

Design rich and engaging games in the real world

Find player-friendly and appropriate places for game play with Google Maps data. Whether you want to bring your players to a crowded cafe in Paris or off the beaten path, we can help you drive your players to the real-world locations that make sense for your game.

Rely on Google scale as you grow

Building with Google Maps infrastructure and servers around the world means faster response times, the ability to scale on demand, and peace of mind that your games will just work. Count on globally available gameplay for millions of concurrent players and during sudden spikes in traffic.

Create custom, immersive games with Google Maps data in Unity, the most popular mobile gaming platform. Seamless integration allows your developers to take advantage of Unity’s physics, lighting, AI, post-processing, and cross-platform capabilities to create vibrant games that can be exported to any device.”