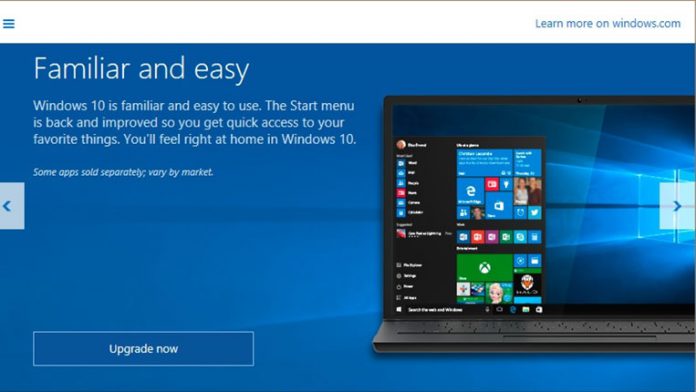 In a note on its website, Microsoft admitted a notice was sent prompting users to update. The company says it sent a notice to the wrong Windows users. Originally, the notice was meant for users of Windows 10 builds that are soon to be unsupported. Either way, they should still have the choice to upgrade.

“Microsoft is aware that this notification was incorrectly delivered to some Windows 10 Version 1703 devices that had a user-defined feature update deferral period configured. Microsoft mitigated this issue on March 8, 2018.”

Microsoft accidentally sent the notice to Windows 10 Anniversary and Creative Update users. The company says the problem only affected a select number of users. Mitigation is now in place that allows users to roll back to a previous Windows build:

“Users who were affected by this issue and who upgraded to Windows 10 Version 1709 can revert to an earlier version within 10 days of the upgrade. To do this, open Settings > Update & Security > Recovery, and then select Get started under Go back to the previous version of windows 10.”

Users reported Windows Update had automatically updated their Windows 10 to the latest version (FCU). As we have seen with Microsoft before, Windows provided a quick notice and started the update automatically.

Microsoft has a history in pushing new Windows 10 builds on users. In November and January the company started forcing Win10 1703 users to the Fall Creators Update. Of course, the company has been widely criticized for forcing older Windows users to upgrade to Win10. Regulators and customers have hit out at the company since the launch of Windows 10.

At the end of 2016, after the height of the Win10 upgrade controversy, Microsoft admitted it had gone too far:

Chief Marketing Officer Chris Capossela said, “We know we want people to be running Windows 10 from a security perspective,” he said. “But finding that right balance, where you’re not stepping over the line of being too aggressive is something we tried, and for a lot of the year I think we got it right.”

He then conceded, “But there was one particular moment where the red ‘x’ in the dialogue box which typically means cancel didn’t mean cancel. Within a couple of hours, with the listening signals we have, we knew that we had gone too far. And then, of course, it takes us some time to roll out the update that changed that behavior. And those two weeks were pretty painful.”

Users running older Win10 version may see the update notification. It says the device needs a security patch, but must run the FCU to receive the patch. The device will then start the upgrade through Windows Update.

Microsoft says it has mitigated the problem, but if you do get pushed into an update, remember to roll back to an older version within 10 days.