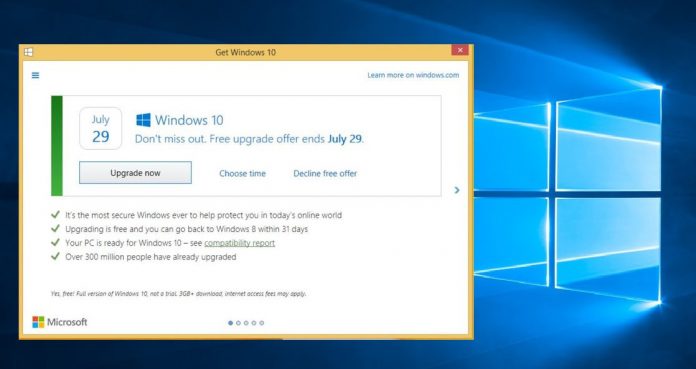 Microsoft has a rocky past with its Windows 10 Upgrades. The push to update was seen by most as too aggressive, with “x” signs refusing to cancel and other backhanded tricks.

Despite this, the company has been reluctant to admit its mistakes. In 2015, Chief Marketing Officer Chris Capossela said, “You know, we are willing to put up with some level of discomfort if we feel like we are getting more and more people to a safer, better operating system that is frankly better for everyone in the ecosystem.”

Almost a year later, the 25-year employee has set the record straight. Speaking on the Windows Weekly podcast, Capossela acknowledged that the tactic was a mistake, clarifying his earlier statement.

“We know we want people to be running Windows 10 from a security perspective,” he said. “But finding that right balance, where you’re not stepping over the line of being too aggressive is something we tried, and for a lot of the year I think we got it right.”

He then conceded, “But there was one particular moment where the red ‘x’ in the dialogue box which typically means cancel didn’t mean cancel. Within a couple of hours, with the listening signals we have, we knew that we had gone too far. And then, of course, it takes us some time to roll out the update that changed that behaviour. And those two weeks were pretty painful.”

Capossela also mentioned the failure of Microsoft’s feature phone business as a disappointment. Though it selling it off was necessary, he admits that it’s not an ideal situation.

“Where we are on phones is obviously a very, very tough place. I think it was the right decision for us, but it was a very, very hard decision. And along with that comes the 1 billion device sort of reset that we had to do.”

In that final sentence, Capossela referring to the goal of 1 billion Windows 10 devices by 2018. In September, the company announced that it wouldn’t reach that target, but was pleased with the 400 million it had accumulated.

In all, it’s been a hot-and-cold year for Microsoft. Undoubtedly, the company has made mistakes. However, the launch of fantastic products like the Surface Studio has allayed that somewhat, as has the commitment to open source and AI.

It’s going to be very interesting to see what advancements and failures come in 2017. As always, we’ll be keeping you updated on everything as it happens.