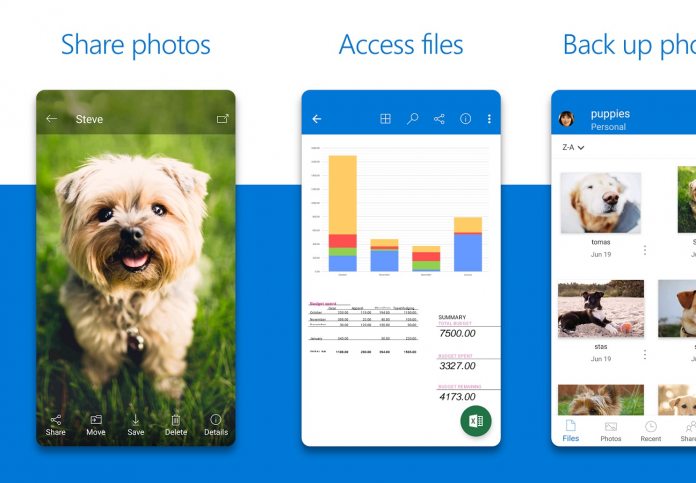 Microsoft has today opened the doors on the latest update for the OneDrive for Android application. Users on Google’s mobile platform are now able to update version 5.4 of the cloud storage solutions.

In the release, Microsoft has made a few improvements to the OneDrive for Android experience. For example, the company has debuted the Digitize Enhance feature. This lets users edit their images directly within the application.

Additionally, a new scroller ability has been added to give users a tool to easily find images, especially those from a long time ago. Microsoft also included a feature for saving photos to OneDrive through the app. This will let you save storage space on a device.

The company details the camera-centric features landing in OneDrive for Android:

Android users are now able to grab this update through the Google Play Store.

Back in January, Microsoft debuted a new rollback feature that helps users avoid ransomware and malware attacks. Available for OneDrive for Business, Users can undo any malware or ransomware attacks by rolling back to an earlier, clean, point.

OneDrive on Android is still a fresh experience after Microsoft updated the app in December. The company opted for a more social media-style UI compared to the previous professional look.