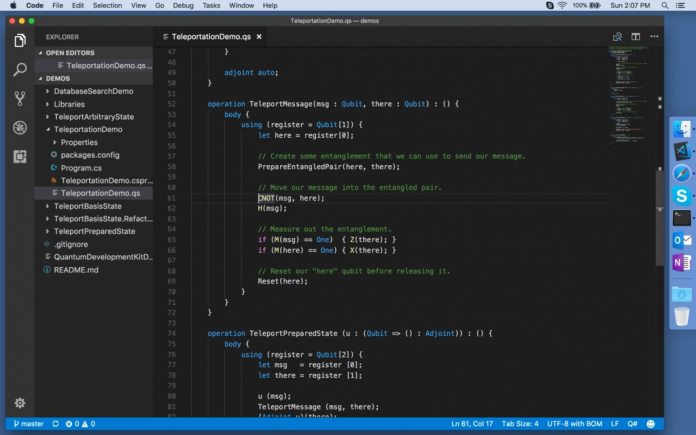 Microsoft has announced a new update for its Quantum Development Kit. In a blog post, the company introduced support for Linux and MacOS, developing the cloud-based Q Programming suite further. Additional features in the update include interoperability with Python, more open source libraries, and performance improvements.

The company says expansion to other platforms allows Quantum Development Kit to reach more developers. Microsoft wants quantum computing to be the future and predicts it will solve many of today’s technological problems.

First released in preview in December, Quantum Development Kit is the fruition of several years of development. The suite comes with a brand new programming language, called Q#. It has a compiler for scalable quantum computing.

The idea is to get applications ready for the full launch of quantum computers, with Microsoft emerging a major player.

Microsoft explains “thousands of developers have explored the Quantum Development Kit and experienced the world of quantum computing, including students, professors, researchers, algorithm designers, and people new to quantum development who are using these tools to gain knowledge.”

Microsoft has focused on expanding availability and boosting performance in this update. Below is the full changelog: