For decades, the choice for serious GPUs has come down to two brands: AMD and Nvidia. It’s created a bitter rivalry between gamers, who vow their support for Team Red or Green. However, rumors have been circulating about Intel, and the chipmaker has finally revealed a prototype.

According to PC Watch, Intel revealed plans for a new dGPU at ISSCC in San Fransico last week. The early prototype is based on a 14nm process, with 1.5 billion transistors and two primary chips.

The hardware is planned to have one GPU chip and a field programmable gate array. FPGA chips  allow engineers to write algorithms directly onto hardware, allowing it to adapt to new advancements. In 2016, Microsoft began using FPGA’s in its data centers, hailing it as an “industry shift”. 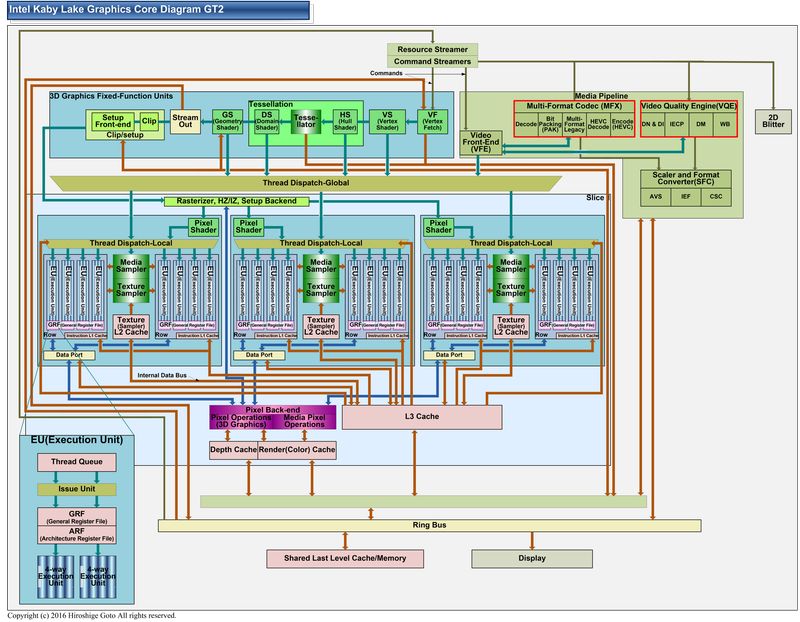 It remains to be seen if Intel’s efforts will even make it to market but the details so far are interesting. The chip is based on Intel’s upcoming 9th gen graphics architecture, but that doesn’t give much indication of performance.

As NotebookCheck points out, the frequency of the prototype ranges between 50 and 400 MHz on 0.51 and 1.2 volts. That’s a long way off Nvidia and AMD’s best efforts, so its unlikely gamers will shift away from either.

However, that doesn’t mean it wouldn’t provide value. The presentation notes Intel’s focus on efficiency via integrated voltage regulators for precise voltage and frequency control. So far, the average power saving is 29% while the card is in Turbo mode.Through its collaboration with AMD, Intel has shown interest in the lower end gaming market. Such chips could allow gamers to run popular games like Dota 2 and

Intel has shown interest in the lower end gaming market via its collaboration with AMD. Such chips could allow gamers to run popular free-to-play games at a steady performance with low power consumption.

Despite this, it’s unlikely we’ll see a release anytime soon. FPGA is still relatively expensive, not to mention the minefield of patents Intel needs to navigate.