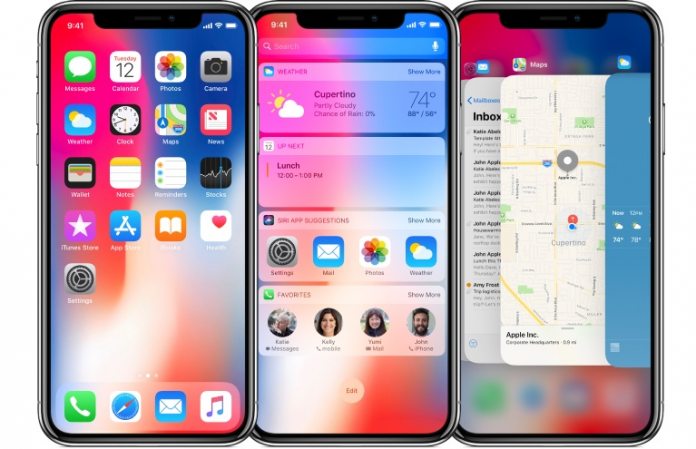 Most people claim Apple changed the smartphone game with the launch of the iPhone X. While that is an arguable claim (most features were hardly innovative), Cupertino’s all-screen device with face-recognition authentication was a step forward. However, that pesky notch at the top of the iPhone X is a design eyesore. Enter Microsoft.

The company has filed a patent for a solution that would make the notch smaller. If you check out the image of an iPhone X above, you will see the notch is necessary. It houses the front facing camera, but also Apple’s Face ID authentication.

Face ID uses 3D data from a dot pattern of the user’s face to recognize individuals to unlock the device. It is very similar to Microsoft’s Kinect and also works very well. It is also a sizeable module that makes the notch on the device noticeable.

Microsoft’s “HYBRID IMAGING SENSOR FOR STRUCTURED LIGHT OBJECT CAPTURE” patent has made innovations that would make the notch smaller. Indeed, small enough to make it barely noticeable on an all-screen smartphone.

The proposed system will add an infrared filter which allows infra-red sensors to work in the same camera with light sensors. Microsoft says this would not only save space, but also provide performance enhancements. For example, the module would allow light depth data and visible light to be merged more successfully than before:

Disclosed embodiments also include methods for performing three-dimensional imaging with the disclosed systems. These methods include receiving incoming light with the imaging system, wherein the incoming light includes visible light, infrared ambient light, and infrared light reflected from the infrared illuminator. The methods also include filtering the incoming light to attenuate light at least between about 650 nm and about 750 nm and collecting visible image data regarding the visible light with at least one visible wavelength photoreceptor and infrared image data regarding the infrared light with at least one infrared wavelength photoreceptor concurrently.”

It is worth noting Microsoft filed this patent in August 2016, so it’s not new. Indeed, there is no guarantee the patent will ever be implemented in a product. One thing is clear, we doubt Microsoft will be lending it to Apple.

That said, we would be surprised if Apple is not already working on making the notch smaller for the iPhone X second generation.

As for Microsoft, the company’s long mooted Surface Phone is still a shadow over the company. CEO Satya Nadella has discussed changing the way we view mobile hardware. Creating a folding device with all-screen tech is one rumored opportunity for Microsoft. This patent would certainly work towards making the all-screen design more appealing.