Samsung rumors have been floating around ahead of Mobile World Congress, including tales of an early S9 announcement. However, publications have also been buzzing about peripherals, including the Samsung DeX Pad.

Thanks to VentureBeat’s Evan Blass, there’s now some credence behind those rumors. According to the reporter, the DeX Pad will turn Samsung phones into a touchpad or keyboard, and it’ll be backward compatible.

Naturally, most users will prefer a mouse, but there is another major drawback. If Blass’ leaked renders are correct, it’s going to look pretty ugly.

Compared the DeX Station, it looks quite dated, and Twitter users have been quick to compare it to the Sega Genesis.

Thankfully, the phone will sit on top, obscuring most of it from view. Once it’s plugged in, users will have much more freedom, no longer requiring an external mouse. Though most people with a monitor will have peripherals anyway, this should save a lot of cable switching.

It also means users without a non-smart TV can plug it in and play videos from YouTube, music from Spotify, or TV and Movies from Google Play. It’s more expensive than a Chromecast, but it has multiple uses.

Blass’ solid track record makes it likely these leaks are legitimate, and a Tessco shopping page seems to confirm the device’s existence. We should find out more information at Galaxy Unpacked, which will start on February 25 at 6 PM CET. 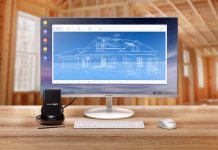 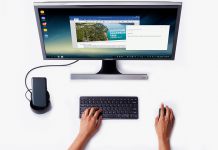