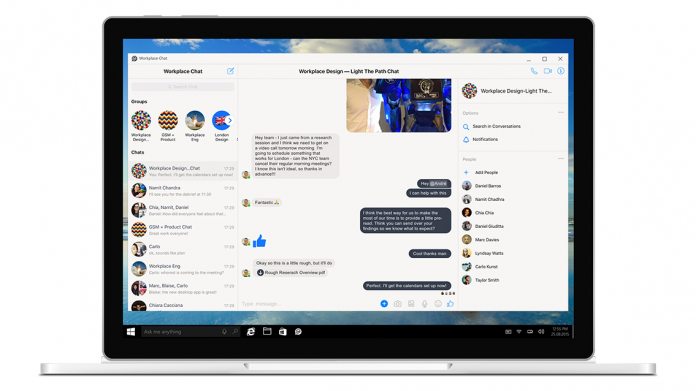 It goes without saying, but communication is far more effective when it’s intuitive. With a billion active users, Facebook’s Messenger one of the most familiar, but nobody wants to mix their personal and private lives.

Facebook’s Workplace Chat addresses that issue, letting users create a separate account but keeping the same interface. As a result, most users will already be familiar, and organizations don’t have to employ as much training.

It’s been just over a year since Workplace Chat released, and with it comes a Windows release. Users can now communicate across PC, Android, Mac, and iOS, and they don’t need admin privileges to install.

As well as the usual Messenger functionality, Workplace Chat for Windows gives access to the following:

With the Windows release, it could be a competitor to both Slack and Microsoft Teams, despite a reduction integrations. Teams may integrate better with Microsoft’s ecosystem, but Messenger wins on familiarity and is free for all non-profits and educational staff.

Comparatively, organizations can get Microsoft Teams, Exchange, SharePoint, Skype for Business, OneDrive and Yammer for $5. Ultimately, Facebook is in an already saturated market, and it’ll be interesting to see how the three compete.