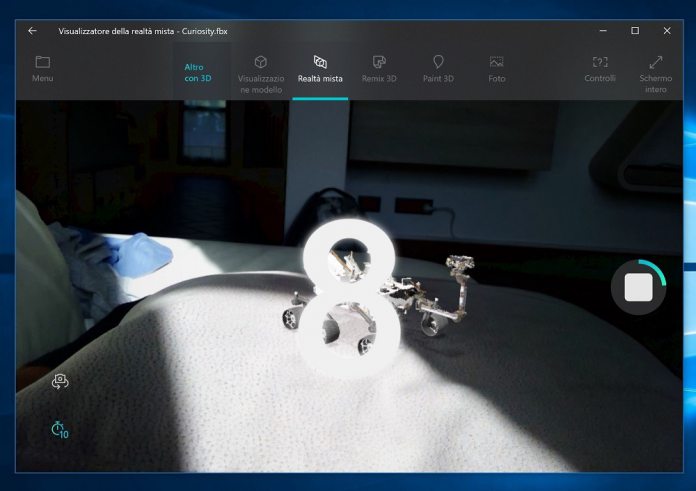 Microsoft is about to start its push into virtual and mixed reality. The company will likely roll out all aspects of the Windows Mixed Reality platform with the Windows 10 Fall Creators Update (FCU). Ahead of that October launch, Aggiornamenti Lumia has discovered the Mixed Reality Viewer.

One of the interesting things about the Mixed Reality Viewer is that it may miss the Fall Creators Update. The next major Windows 10 release is Redstone 3 (FCU) and has been in preview testing on the Inside since April.

However, the Mixed Reality Viewer is currently in the Skip Ahead feature on the Fast Ring. If you are unfamiliar with Skip Ahead, it allows Insiders to move ahead a branch. In this case, Skipping Ahead takes Insiders to the Redstone 4 branch. This is the codename for the next Windows 10 release that follows the FCU.

The app already exists in the current Windows 10 Creators Update, known as View 3D. It allows users to open 3D models in Windows. Mixed Reality Viewer is a name change for the existing app. It also adds the following new features:

The leak also shows screenshots of the new app. Needless to say, the changes are subtle, but they are there.

If you are not an Insider on Skip Ahead, you could still get this new app. However, Microsoft is only opening this feature sporadically. Skip Ahead is currently closed, so new users cannot sign up.

Aggiornamenti Lumia has uploaded the AppX package to side load, for those who are interested. Naturally, this is a risky move and you would be doing it at your own risk.