Google and Apple have both brought creepily good artificial intelligence to their photo apps, and now Microsoft is following suit. Windows 10 users on Release Preview Ring build version 2017.35063.13610.0 have begun to see new features appearing in the app, alongside some UI changes.

Photos will now scan your OneDrive images and use AI to organize your photos depending on the month, categories, colors, and faces. It’s powered by a new search bar, which also introduces automatic tagging and indexing to better find images.

As a result, clicking it will bring up an interface of people and tags, grouping pictures of the same person together in an album. It can also identify objects, so typing in “cup”, “phone” etc, will bring up images of that icon. 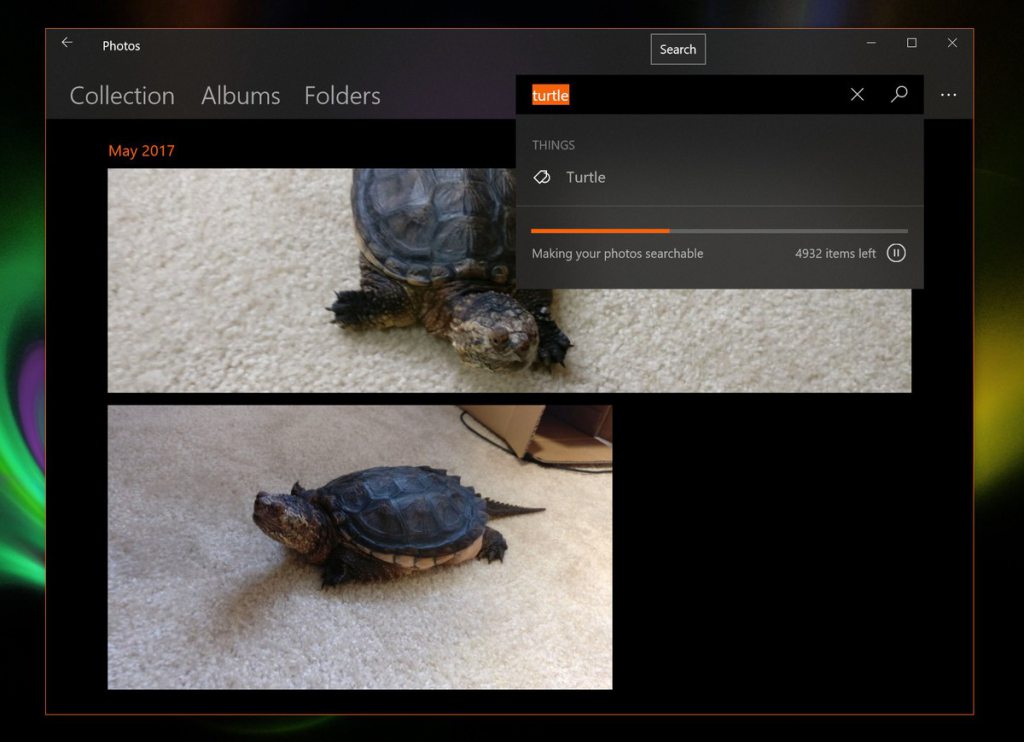 Though initial indexing takes a second or two per image, the high volume means it can take some time to get everything sorted. Thankfully, you’ll only have to do this one per device, and then it will only have to add images as you upload them. Microsoft stores the indexes locally rather than online, making searching quick and reliant on a fast connection.

Of course, this functionality has been available inside of OneDrive for some time, but that’s hardly the ideal place to browse images. Microsoft Photos comes pre-installed on every Windows 10 PC, so it should benefit thousands more users.

Unfortunately, the functionality is still limited to OneDrive photos, and it’s not clear if that will change anytime soon. There are also a few things that need tweaking, like the ability to edit tags and link faces to specific names.

There’s still time to change that, however, and you can turn off some features. Specifically, a settings toggle lets you turn off face detection so you don’t look like a stalker if someone glances over.

The amount of polish so far suggests a release with the Fall Creators Update, which should ship in September.