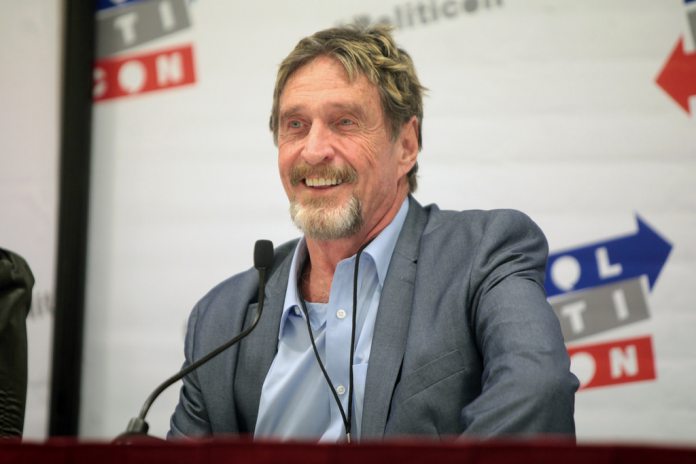 John McAfee has settled a lawsuit against Intel Corp that allows him to use his name on new projects. Intel had previously blocked McAfee after he sold his eponymously named antivirus software to the chipmaker.

The two parties reached an agreement five days ago. The accord allowed U.S. District Judge Paul Oetken to dismiss McAfee’s 2016 lawsuit and the countersuit filed by Intel Group.

John McAfee original sued the company because he says he was warned off using his name in new projects. He had wanted to rename his cybersecurity company to John McAfee Global Technologies Inc. However, Intel contested that doing so would infringe trademarks.

The processor giant had previously purchased the McAfee antivirus software and said any project with the McAfee name would create unfair competition. In response to being sued, Intel sought damages.

With a settlement now agreed, McAfee says he will not us his name or put a trademark on it. He will also now use the phrase “John McAfee Privacy Phone” or “John McAfee Global Technologies.”

He will, however, be able to use his name in advertising and promotions. McAfee will also be able to reference his name regarding McAfee Associates, the company he sold to Intel for $7.7 billion in 2010.

Despite the settlement, neither party admitted to wrongdoing, but the agreement was described as amicable.

British-American John McAfee founded his company, McAfee Associates, in 1994. It was one of the first major breakthrough third party anti-virus software’s and became hugely popular. Indeed, it was the first commercially available anti-virus protection on the market.