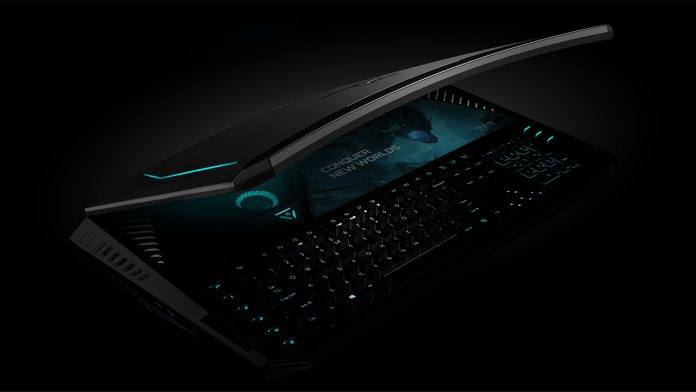 Acer caused more than a few double takes when it debuted its Predator 21 X laptop last September, and not just due to $9000 price tag. The device features hardware better than many of the desktops on the market today, and they’re complemented by a curved 2560×1080 IPS display.

By any stretch of the imagination it’s a niche product, and Acer has reflected that in its manufacturing. On Tuesday the company made the laptop available for purchase and revealed that only 300 will hit the shelves.

The laptop is clearly targetted at gamers, evident in both branding and its backlit mechanical keyboard. More impressive than its looks, however, is what’s under the hood. It’s one of the most powerful laptops ever created:

Those are some insane specs, and reviews so far suggest that using it for everyday tasks is equally ridiculous. The laptop weighs a ton and is carried in a special, giant case. It’s hard to deny its excellent gaming performance, however, and it can last a little time away from the power socket.

The result is a device that’s almost sold out already. It’s gone from the Amazon and the Acer store and is won’t be elsewhere for much longer. Why anyone would drop that kind of money on a laptop is beyond me, but you can back order on Newegg if you’re interested.