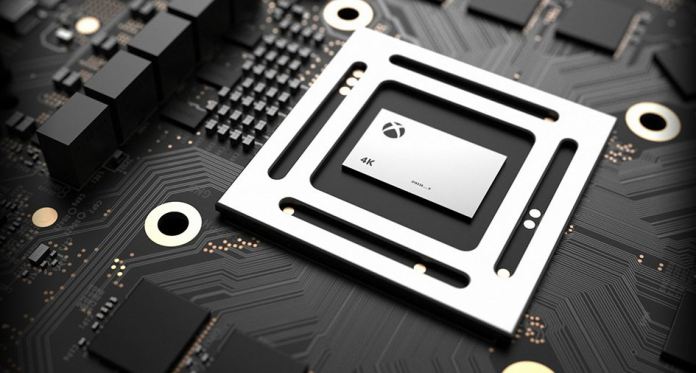 E3 2017 is just around the corner and Microsoft will host a briefing this weekend to discuss its gaming plans. Chief among them is the full unveiling of the Xbox Scorpio (Project Scorpio), which stole the show at 2016’s E3. With just days to go, gaming sleuths and conspiracy theorists have been running their eyes over Microsoft’s event teases.

For example, the tweet you see below was posted by the Xbox division. The obvious meaning of the video is hinting at the raw power of Project Scorpio. While the full potential of the device is unknown, we know it will be a beast. Indeed, Microsoft has boasted 6 TERAFLOPS and will allow native 4K gaming.

Another teaser video posted on Facebook extends this discussion on power. Windows Central notes the 6>4 on top of the tent is Microsoft directing some gentle ribbing at Sony. Scorpio will be the most powerful console ever, while the PlayStation 4 has 4 teraflops (6>4).

Yet another video on Facebook shows a crowd seemingly supposed to be welcoming the console. Some eagle-eyed viewers found a message displayed on the wall. Naturally, if you bend you mind enough, the message could have significant meaning.

Experience the #XboxE3 briefing in true #4K when you tune in this Sunday on @WatchMixer: https://t.co/hPm6AAmVkA pic.twitter.com/A5l0veNYEr

Of course, Microsoft has not offered a concrete launch date for Project Scorpio yet.

The company has merely offered a launch window of the holiday season 2017. By the way, October 13 is a Friday this year, a common launch day for tech products (Xbox One launched on Friday).

For tin foil hat wearers, October 13 is Friday 13th this year, would Microsoft launch a product on that date? So, there you have it, a wonderful tour through the grasping minds of Xbox fans. The question here is whether this is meaningless, or whether Microsoft really placed these messages? As weird as it may be, I tend to believe the latter. That Sony jibe is just too good not to be on purpose.