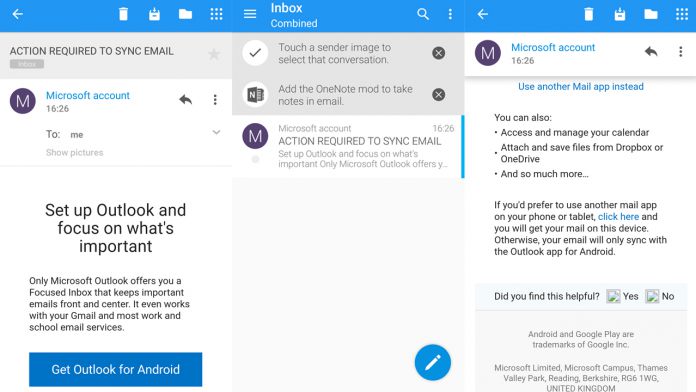 Microsoft has been criticized for its advertising practices many times in the past. From adverts in File Explorer to Edge pop-ups, users have felt a bit harassed. Though Microsoft has remedied its mistakes in the past, a new tactic may cause more anger.

According to WindowsArea, Android users who enter their Outlook details into the Email app are getting ads from Microsoft. An email tells them it’s better to use Microsoft’s app over Google’s due to features like Calendar and Focused Inbox. It provides a link to sync Outlook emails across at the very bottom, but also a big button to download its app from the Play Store.

While definitely an underhand tactic, it’s hard to judge how users will react. On the one hand, Microsoft does have a point. Its app is specifically designed for their service and is better suited for those who enjoy all the features. It could also inform people who aren’t aware such an app even exists.

On the other, the layout of Microsoft’s email makes it extremely deceptive. Though I don’t have access to the stock Android app on my One Plus One, I did try adding an Outlook account to the default Cyanogen Mod email, Boxer. though it takes the guise on an email, it isn’t actually a real one. I couldn’t find it in my desktop inbox anywhere, only in the app. That points to a collaboration on the part of the app makers.

Either way, I received a message with the subject line ‘ACTION REQUIRED TO SYNC EMAIL’: 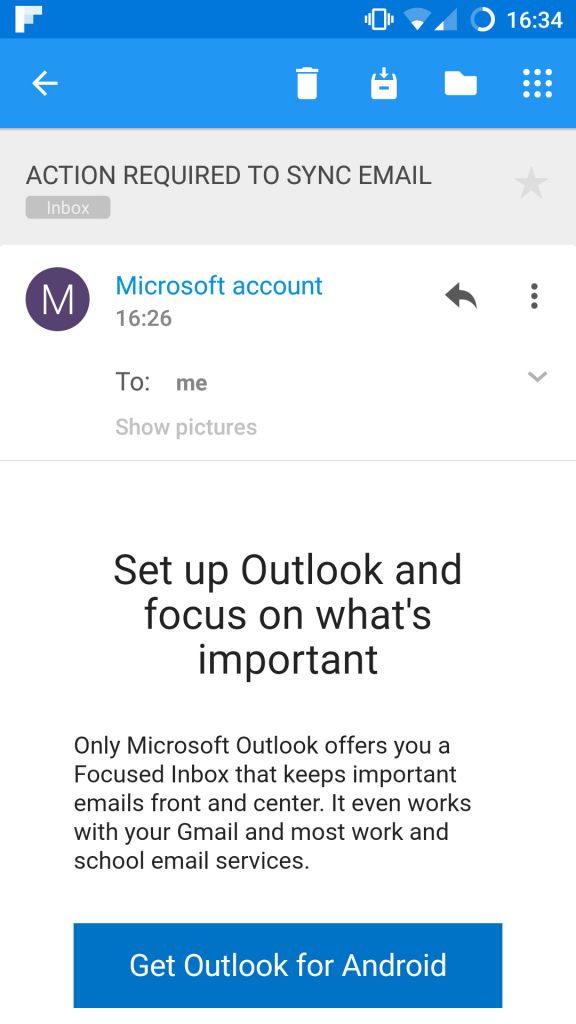 The information about Outlook takes up the whole screen, meaning those skimming quickly will assume it’s their only option. Aside from the annoyance, Outlook for Android just isn’t that great right now. Many users complain about emails failing to sync and other gaps in functionality when compared to the web version.

Personally, I’m a bit conflicted on this one. I don’t think it’s a huge deal, but it does add to Microsoft’s already bad track record. Let us know if you’ve had the same experience below.