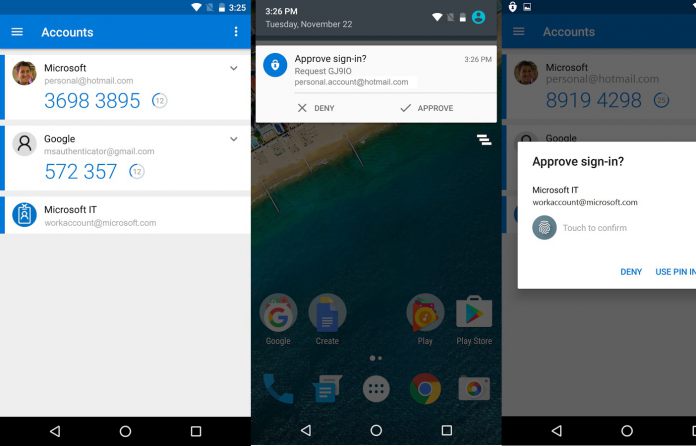 Microsoft’s Authenticator app for Android has scored a new update on the Google Play Store. The release brings the service up to version number 6.1.7 on the mobile platform. While the changelog is not extensive, it does include one very important new ability.

Namely, Authenticator is now able to support fingerprints. This means users with a fingerprint scanner on their device can use the feature within the app. Microsoft has made this a default feature that cannot be turned on or off.

Of course, this brings another layer of protection to two-factor authentication. The update follows a release last month that made it easier for users to sign in to their Microsoft Account.

For iOS and Android, after enrolling their account through the application, users can sign in with only their phone. This ability had originally been in beta for selected users since the start of the year.

As for iOS users, they have had the fingerprint support for some time through Touch ID. If you are an Android users you can get the update through the Play Store updates section. Alternatively, if you are new to Authenticator, you can grab the app through the Google Play Store page.

We are hearing some reports that users are not seeing any change when they take the update. If the fingerprint support is not working for you, let us know in the comments below.

The Authenticator app allows users to securely verify their devices in the fastest and most efficient way. It has several features to make this possible: