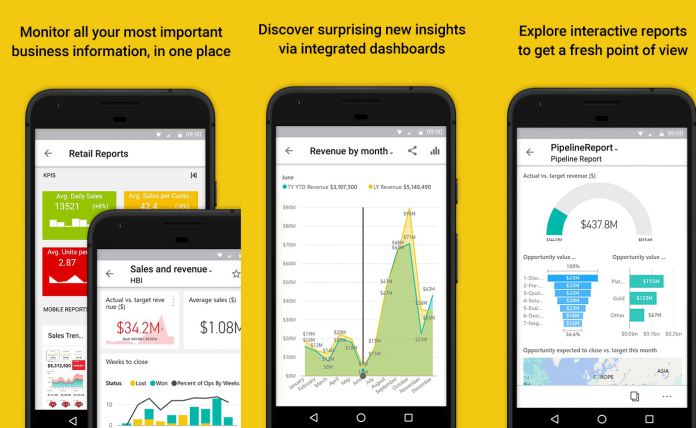 Microsoft has announced several new features for the Power BI Mobile apps. The company has launched a March update that improves the experience across iOS and Android. In a blog post, the Power BI team says the updates focus on bringing new capabilities to users on those mobile platforms.

“This update includes some new and exciting capabilities, improvements to existing features, and extended support for additional platforms,” the post points out.

There are four new features announced in the Power BI Mobile March release. However, they are split evenly with two specifically for iOS users and two for Android devices.

For iOS, Power BI customers are receiving improvements to the Q&A experience. Microsoft has recently introduced this feature in preview. Users are able to ask questions about specific areas of data. Power BI then provides analysis feedback based on the questions.

With this update, Microsoft has brought some UI improvements to Q&A. A new capability allows feedback to be given in context, which means users can give Microsoft feedback about the accuracy of answers. This is achieved through a simple smiley or frowny face. The company says the feedback is anonymous.

Also on iOS, Microsoft has enhanced the 3D Touch support for Power BI Mobile. By integrating Apple’s screen technology, common actions can be performed without needing to open the app. For example, a deep press on the app icon will bring up notifications, search, and recent dashboards. This ability is available for users with an iPhone 6s or newer.

Microsoft is also showing Android users some love with a couple of new features. SSRS multi-server support allows users to connect up to five different SQL Server Reporting Services (SSRS) servers at the same time on your Android device.

This is new for Google’s platform, although iOS scored this capability a while ago. All the SSRS servers are visible from the Settings screen.

Android Power BI Mobile customers will now also find a simpler way to ask for dashboard access. When a QR code is scanned for a dashboard tile that is not owned by the users, they can ask for permission from the owner directly in the app.

Users can download Power BI for Android from the Google Play Store.

Power BI for iOS is available from the App Store.