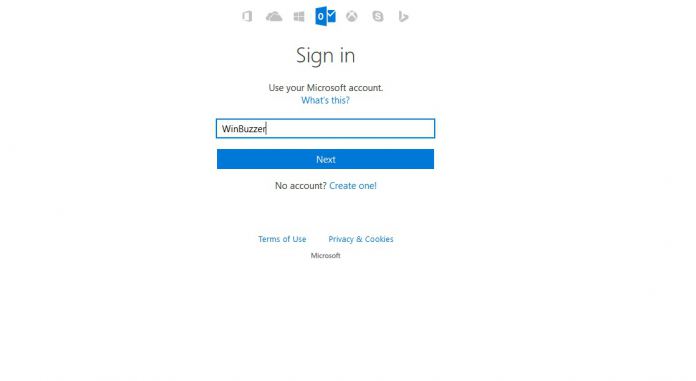 Many Microsoft users suffered outages to a number of the company’s services earlier today. Customers found that they could not sign in to their Microsoft Account. Luckily, the problem was brief and the company has since solved the issue. All services are now back up as normal.

Users found that signing into their Microsoft Account kept rejecting the password. Other errors included two-factor authentication had failed, or the account could not be found at all.

The authentication issue started early in the morning. I was personally unable to login to my Microsoft Account. This extended to Outlook, Xbox Live, and Skype, and others have confirmed that it also affected OneDrive.

Indeed, it seems the problem was spread across all services that require a Microsoft Account to sign in. Of course, this was a major problem for Microsoft. Users unable to enter their accounts is a serious problem for the company.

This is especially the case when many Outlook, Skype, and OneDrive users are enterprise and rely on Microsoft’s services.

The company acknowledged the problem on the Xbox Live Status page. Specifically, for Xbox, Microsoft explained that signing in may not work for some users. While this was for Xbox Live account holders, the warning clearly extended across services.

“We are aware that some members may be having problems signing in to Xbox Live. We are working to resolve the issue as quickly as possible, and we will be sure to provide you with frequent updates.”

Generally, it seems the services were out for around one hour, but have now returned to working order.

Let us know in the comments below if you were affected by this problem.