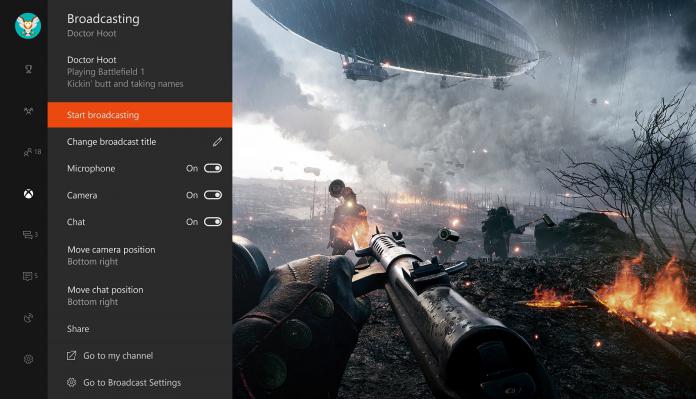 Microsoft picked up game streaming service Beam last year. Since then, the two companies have been working on integrating the Beam capabilities directly into Xbox One. It has been a long road to get to that ability, with a number of announcements along the way. Today, Microsoft finally brought Beam streaming to the Xbox One.

It should be noted immediately that at the moment the Beam app is available only in Preview form. This means it can only be accesses on the Xbox Insider Program.

However, Microsoft says the full experience will launch in the spring. For the time being, only select Xbox Insider Program users will be given

The announcement was made by Beam co-founder Matt Salsamendi. He said the integration will give Xbox One gamers more choice over their gaming. It makes streaming more intuitive and in-built to the console. Beam is also cross platform, so users can view streams on iOS and Android, as well as Xbox One and Windows 10 PCs.

“The popularity of game streaming has exploded in the past few years, and Beam is unique in that it not only lets gamers broadcast or watch their favorite streams,” Salsamendi says.

“Starting today, the Beam app gives select Xbox Insider members the ability to watch, chat, and interact with their favorite game streamers in near real-time, just as we’ve done on the web. You’ll also be able to browse, search and follow your favorite game streams, as well as earn Sparks and Experience Points (XP) while viewing.”

Beam on Xbox One

The app is now all about just watching game stream. It is also a social experience, which was part of the reason why Microsoft acquired Beam. The company wants to make gaming more social and to expand the Xbox Live platform.

Users can interact with other viewers and participate with the gamers when watching a stream. These social abilities set Beam apart from other straight game streaming solutions.