As the name suggests, the Windows 10 Creators Update is focused on giving creative users new tools in Windows 10. This includes Paint 3D and adoption of virtual reality capabilities. However, Microsoft is also getting creative with advertising, making “ads” more prominent in Windows 10.

Advertisements are nothing new on Windows 10. Most users will be familiar with ads in the Start Menu and lock screen. It is worth noting that these “ads” are mostly just recommendations for applications in the Windows Store.

Microsoft is now making changes that will be introduced with the Creators Update this spring. The company will bring these app ads to the Share interface via explorer. A new Share box will now be placed in the middle of the screen as opposed to the sidebar.

At the moment, the Share function shows current apps from your PC that can be shared with. These apps will still appear with the Windows 10 Creators Update, but Microsoft will now start listing recommended apps. 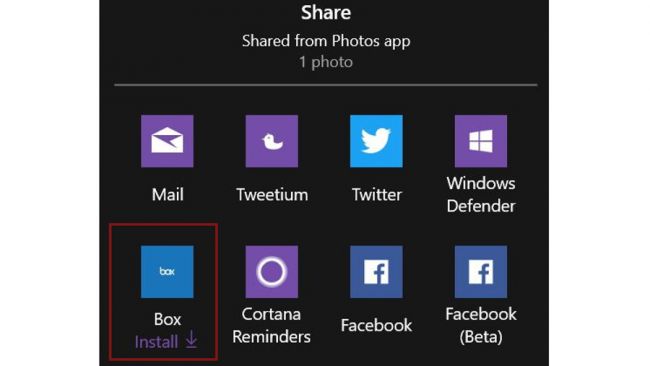 The change has already been discovered by twitter user Vitor Mikaelson, who posted the screenshot you see above. In the image a cloud storage app called Box is being advertised. Users are able to easily download this app with an “install” button below the icon.

Many reports are pushing this feature as advertising. However, we are unsure that these are really ads in the truest sense. Indeed, Microsoft gives Windows 10 users a very easy way to turn these app suggestions off in current builds.

The Share box suggestions are not official, but it is probable that users will be able to turn them off. However, it is good to remember that the “feature” will be turned on as a default.

Let us know in the comments whether you are worried about these increased suggestions or not. 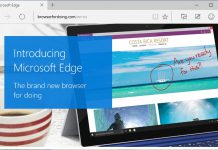 Microsoft Confirms Forceful Microsoft Edge Recommendation is Only an Experiment