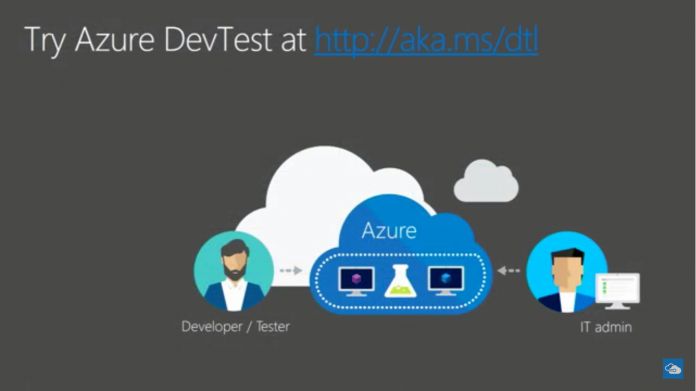 Claude Remillard, Group Program Manager for Microsoft, has hosted a video highlighting some of the new features for Azure DevTest Labs. The service allows the creation of labs in the cloud, so developers can self-serve environments when they need them. Microsoft has made improvements around making the service easier to use.

Microsoft says it has taken on board customer feedback to streamline and improve the service. For example, 68% of developers said Azure DevTest Labs is too complicated. Part of making the platform simpler is allowing IT admins to create environments in the cloud using ARM templates.

This allows developers to create or test environments using the preexisting ARM template. These templates support virtual machines and other resources. Users can create a new environment as normal. An ARM template will be available as one of the options attached to a lab.

Developers can use ARM to select specific times for VMs to shut down through VM blade and the Azure portal.

Setting up the environment is the same process, such as creating a username and password, and a number of servers. It is worth noting that this feature was originally announced last month.

Also included in the new Azure DevTest Labs feature set are additional data disks. Remillard points out that it is often easier to create a new VM as opposed to fixing one in the cloud, especially with pre-made templates.

However, in some cases users have data that they want to preserve from an old VM and introduce it to a new environment. To help achieve this, Microsoft allows dev’s to add an additional data disk.

In the video, Remillard says Microsoft has been eager to make DevTest Labs as cost-effective as possible. To ensure this, the company has allowed customers to track costs from the beginning. Now, customers can set cost thresholds at various points and receive notifications when certain targets in a threshold are met.

The video is well worth a look as Remillard gives brief tutorials on how the new features work. If you want to know more about Azure DevTest Labs in general, Microsoft’s website is the place to start.