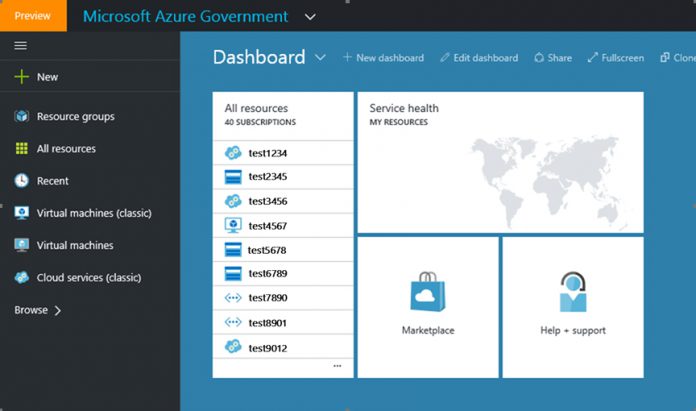 Microsoft has announced new services for certification scope in Microsoft Azure Government. The company has rolled out eight new tools to its government-oriented version of the Azure cloud. All of the new services have Joint Authorization Board (JAB) approval for  Azure Government’s P-ATO at the High Impact Level.

In a blog post, Microsoft says the total number of FedRAMP High baseline services is now at 26. As a comparison, cloud rival Amazon Web Service GovCloud has 20 FedRAMP certified services.

Because of the authorization approval, the services can be used by Federal and local governments, and the DoD. Customers creating solutions for Azure Government with a need for compliance can use the new services.

Microsoft describes the new services in its blog:

With the Azure Resource Manager, customers can create a template that houses app infrastructure and dependencies. Microsoft explains that the template is stable enough to be used in test, staging, and production versions of the app. Among the abilities for the template include seeing linked resources, tags for resources, actionable resources, and ARM logs for audits.