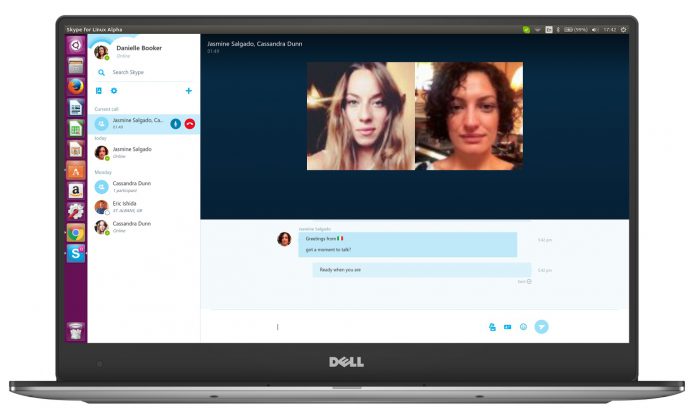 Here is the official changelog for the version 1.13, as posted on the Skype for Linux forum:

There is also improved crash reporting, something that will come handy to users who report different bugs and performance issues.

Verison 1.13 is available for download both as a DEB package and as an RPM package.

Microsoft is constantly working on improving the Linux version of Skype. The company has been releasing a new version every other week since it first launched the client back in July.

The previous 1.12 version brought three minor updates. It improved the authentication process by adding an option to sign in with a Microsoft Account, enabled host-less group calling and provided the usual bug fixing and performance improvements.

However, Skype for Linux remains in the alpha development stage for now. Microsoft doesn’t seem to be in a hurry to release a final version of the client.

Improving Skype for Linux is part of Microsoft´s effort to synchronize Skype across all platforms. Currently, Microsoft has a rather large number of different Skype desktop and mobile apps that offer uneven experiences. Creating one cross-platform client that covers Windows, Linux, MacOS, iOS, and Android would solve this problem.