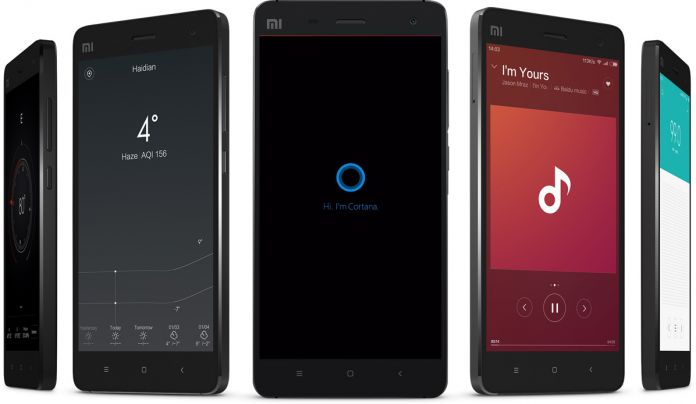 There are some very simple reasons why Microsoft builds apps for iOS and Android. Firstly, the company simply makes a lot of money from its apps being on other platforms. Secondly, Windows 10 Mobile is failing, so Microsoft needs coverage on more used systems. The result has been Microsoft becoming one of the biggest developers for Android.

OEMs have sat up and taken notice. Indeed, some, including market leader Samsung, are installing Microsoft apps on smartphones and tablets by default. Chinese company Xiaomi is also among the market leaders, especially in its homeland. It has now partnered with Microsoft to pre-install the Cortana virtual assistant on its devices.

The two companies have been collaborating since June, when Xiaomi started installing Microsoft Office apps on devices. This brought Word, Excel, PowerPoint, and Skype to the company’s smartphones by default. In return, Microsoft sold 1000 of its patents to the Chinese Android OEM.

At the time, Xiaomi’s Xiang Wang said of the arrangement:

“We are excited to be working closely with Microsoft on a broad technology collaboration partnership. As demonstrated by this agreement with Microsoft, Xiaomi is looking to build sustainable, long-term partnerships with global technology leaders, with the ultimate goal of bringing the best user experience to our Mi fans.”

Xiaomi choosing to put Cortana on its devices is important for Microsoft. The company is competing against rivals like Google, so users getting a default choice to use services is vital. Especially on Google’s own platform where Google Now is also available through Android as a default.

Microsoft struck a similar deal with Cyanogen in 2015 to bring Cortana as a default to the forked Android platform.

Way back in February, Xiaomi unveiled its Mi 5 flagship smartphone. While this is an Android device, it has Windows 10 ROM Compatability.