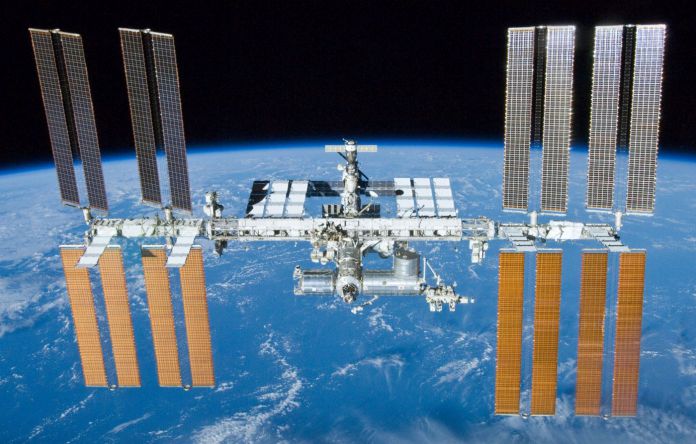 The experiment tests the pliability of metals in space to get a better understanding of how metals react in space. The students performing the experiment are starting to interpret the results from the live feed.

Discovering how different metals react to catalysts in microgravity will have great benefits through practical use. Most notably, the results will help better understand how to manipulate metals and debris on board the ISS.

Microsoft and The Quest Institute started a joint effort last year. The two are aiming to solve one of the engineering’s most pressing issues with space: make a scalable science platform that can withstand the harshness of space.

The project was first presented at the Microsoft BUILD 2016 conference earlier this year. It is a result of a collaboration between three students.

The joint initiative to create this NextGen ISS yielded new innovations using Windows 10 IoT to handle fault tolerance which culminated in the first flight of this new platform. Quest Insitute’s NextGen ISS experiment platform launched on October 17th. As a result, astronauts aboard the ISS were able to successfully connect the experiment platform.

The successful launch means students from STEM world (science, technology, engineering, and mathematics) are able to participate in experiments aboard the ISS. According to Microsoft, there will be a shortfall of more than 3 million skilled workers in related fields by 2018.

“It’s important to encourage STEM education starting at an early age, and space science is a phenomenal way to get kids excited about STEM fields,” said Steve Guggenheimer, Microsoft’s corporate vice president. “We are proud to be part of this effort and that Windows 10 is the platform that is helping students reach new heights.”

The project is possible thanks to Windows 10 IoT due to its many abilities. The platform coordinates and manages multiple student experiments off it. It also connects to servers on earth to transfer data to and from the ISS.

Those looking to get involved in the program can visit http://www.questforspace.com/ for more information.