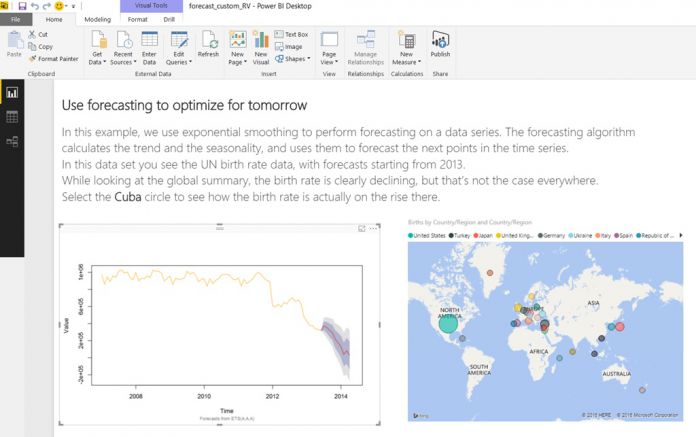 R visuals support was added to Power BI back in July. Now, Microsoft is giving users the ability to create R visuals without necessarily understanding R. The capability has been rolled out as part of the company’s October 2016 update release for Power BI.

With this tool, users are able to utilize R visuals analytics and R scripts, but do not need to know the programming language. Microsoft says the R powered customer visuals can be implemented with a few simply clicks of a mouse.

R visuals are fully integrated into the service, since Microsoft previewed the language in the summer. The company instantly gained more users as R language is popular and used by millions. With the release, customers are able to filter and cross filter R visuals in service reports. These visuals can also be pinned to a dashboard.

In its blog to announce easier implementation of R language, Microsoft offers these easy steps:

In October, Microsoft added the Service Administrator role to Power BI. The ability to grant specific Admin Portal access for users. In a blog post to announce the feature, the Power Bi team explained the new role can be run through a PowerShell command. Users can be assigned access to the Admin Portal. However, the role only offers this specific access, meaning those users cannot access Office 365 administrative roles.