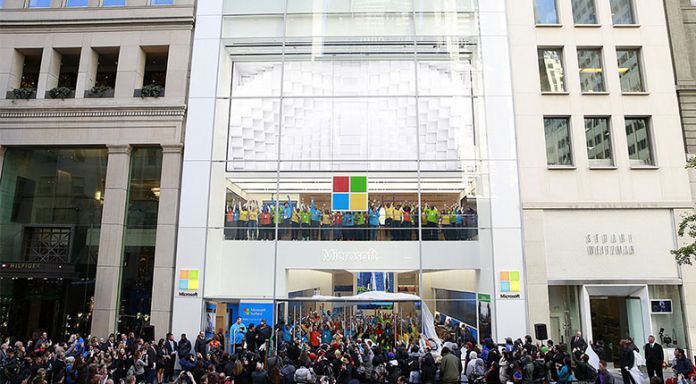 Microsoft is holding a special event at its flagship retail store at Fifth Avenue, New York City. The company is now sending out invites to what is an exclusive event. The Microsoft Store will be open for the special gathering on October 26. This is an indication that the company is readying some new hardware.

In case you didn’t know, Microsoft is holding a press event on October 26. This event will happen before the company has the exclusive gathering at the Microsoft Store in New York City. The event is being marketed as “Imagine What You’ll Do” and will start at 7:30 PM EDT. As we reported last month, Microsoft is billing the press event as a hardware launch.

The only specific hardware that are known about are keyboards and a Surface Mouse. Needless to say, it is unlikely that the company would hold a special event for them. It has been speculated that new Surface devices will launch that day. A special post-launch event at a Microsoft Store is a clear pointer that some new hardware will be dropping.

Of course, the big question now is what Microsoft will be debuting on October 26? As we announced last week, Microsoft has tasked Pegatron with making the new Surface Pro 5 and Surface Book 2. Unfortunately, those two devices will not be launched this month.

However, Microsoft is reportedly going to launch its much-rumored Surface all-in-one PC.

At the moment, Cardinal (PC codename) is expected to arrive in three screen sizes (21, 24, and 27 inches). However, we would say the 24-inch is unlikely, so expect just a 21-inch and 27-inch version. While we are dubious about the need of a Surface desktop, it is a logical hardware progression.