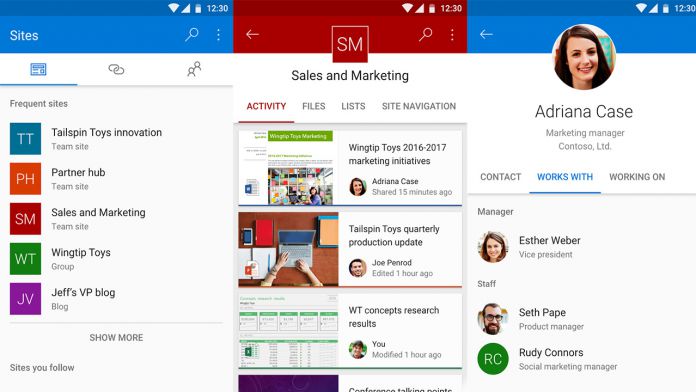 If you’re an iOS or Windows Mobile user, you may already know about Microsoft’s mobile version of SharePoint. The app first appeared on Apple devices, followed shortly by a Windows 10 release.

Android users may be less familiar, but not for much longer. The app has surfaced on the Play Store, and you can download and install it today.

SharePoint is currently marked as “unreleased,” and therefore mileage may vary. I was able to download and install it despite this, but don’t have the correct subscription plan to trial it.

I assume that most of the functionality of iOS is there.

For those unfamiliar, the app gives you access to team sites, organization portals, resources and Office 365 contacts. The idea is that you can still collaborate while on the move or away from a desktop.

Microsoft lists the following features for SharePoint on Android:

Naturally, you need access to relevant Office 365 subscription to access these. This includes Enterprise, Education, Government or DvNext, which all work with SharePoint Online. SharePoint 2016 and 2013 aren’t supported yet.

If you qualify for the above, it’s well worth giving it a try. You can let us know about any bugs or general thoughts below.