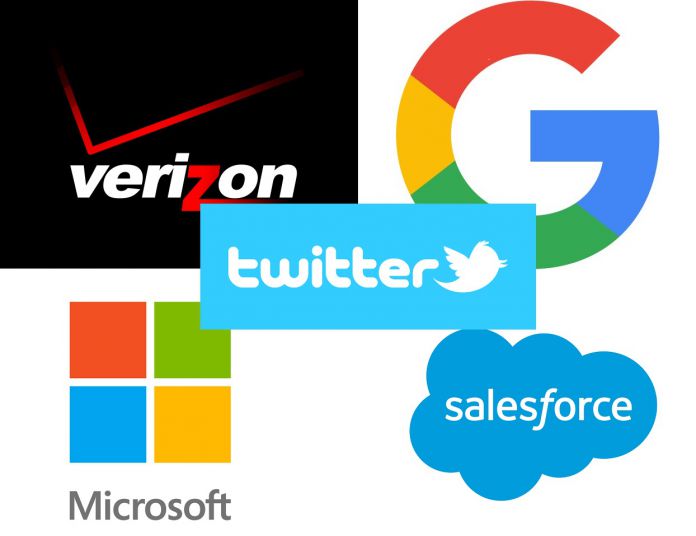 Despite still being a melting pot of online social activity, Twitter is going through tough times. Indeed, the company has never quite been able to reach the levels of Facebook, for example. The network as 350 million active users, but Twitter has been a stock market underperformer. New reports suggest the company is now up for sale and Microsoft is in the running to purchase it.

CNBC initially run with the story and said Google and Salesforce were pursuing an Acquisition. TechCrunch followed that report up by saying Microsoft and Verizon are also interested. There are a lot of links involved here.

Microsoft and Salesforce were, of course, bidding rivals before Microsoft acquired LinkedIn earlier in the year. That deal cost the company more than $26 billion. Verizon recently dropped over $4 billion to purchase currently under fire Yahoo. You may remember that Microsoft was also reported to have interest in the ailing internet giant.

One stumbling block over any Twitter acquisition is the apparent cost of the company. Despite a valuation of $18 billion, Twitter is reported to be holding out for $30 billion. At that price, it would dwarf the LinkedIn transaction and be in the top 3 tech deals of all-time.

At $18 billion, Twitter may be attractive to many companies. It is a perfect platform to be integrated into current services. That would undoubtedly be the appeal to Microsoft, integrating Skype and LinkedIn into the Twitter experience.

However, at $30 billion, the attractive proposition suddenly becomes hugely expensive and probably not worth the risk. And that’s what Twitter is, a risk. The company makes no money despite being one of the largest social networks for years.

It is unlikely any company will be willing to pay the high end of Twitter’s estimation. That means an intriguing bidding war may start if the giants of the tech world maintain their interest. Speaking of giants, Apple has also sniffed around the prospect of buying Twitter. However, Cupertino is cautious of such huge acquisitions and is also unsure of how the service would be integrated into its current offerings.