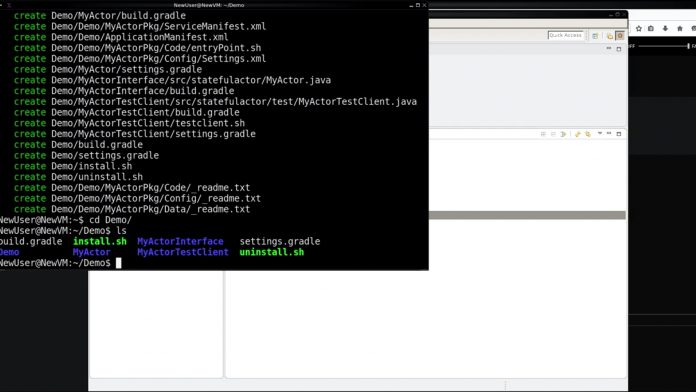 Microsoft’s announcement of Service Fabric was met with considerable excitement at the Build event in March. The systems platform allows users to manage, package and deploy microservices that are scalable and reliable.

Surface Fabric allows enterprise application for Tier 1 cloud-scale, removing complicated infrastructure and giving developers the tools to create reliable apps. However, a lot of developers use Linux, and the service has been lacking in that regard.

However, that’s set to change. Microsoft has now revealed that the public preview for Service Fabric on Linux will be available on September 26th. This coincides with the Microsoft Ignite conference in Atlanta, which end on September 30th.

According to Microsoft, much of the motivation behind the change came from businesses. It’s common for enterprises to run workloads that run on both Windows and Linux, and this should help bridge the gap.

Developers will also be able to use CLI, Eclipse and Jenkins to deploy, build and test their applications. This means that they will be able to stick to the tools they know in a one-box setup without the need for an Azure cluster.

In the future, a standalone Linux installer will become available to allow Service Fabric use outside of Azure for all on-premises, multi-cloud and hybrid deployments.

Furthermore, Microsoft has plans to open source parts of the platform, starting with its programming models. The goal is to let developers enhance the standard models and build their own with support for other languages.

As put by Azure CTO Mark Russinovich,“Our vision is to enable developers to build Service Fabric applications on the OS of their choice and run them wherever they want.”

You can find out more about Service Fabric on Linux through Microsoft’s Channel 9 coverage, as well as Mark Russinovich’s blog post.