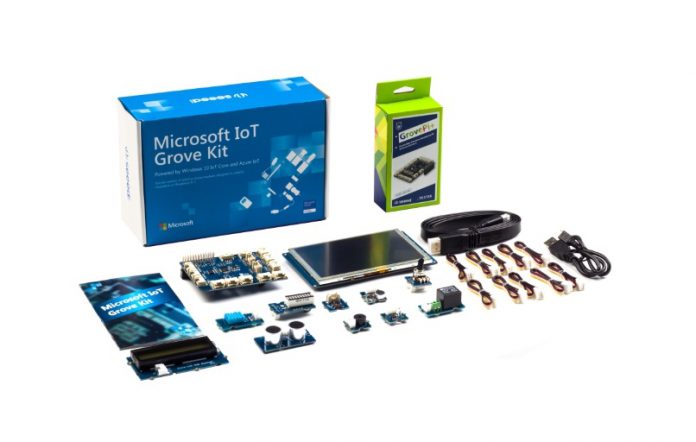 The IoT Grove Kit comes with actuators, an RGB LED bar, and connector cables. Also included is a 5.-inch HDMI touchscreen panel, and sensors for lights, weather, and sound. The idea is that consumers can get these components in one kit instead of sourcing them individually.

However, if you are developing an IoT device, the Grove Kit is certainly not a one stop shop. For a start, it lacks the actual Raspberry Pi board ($35) or servos for all those creating robots. Below is a full list of what is included in the kit:

This kit includes the following,

Microsoft announced the IoT Grove Kit at Build 2016 earlier in the year. The company said the kit is for developers who may not have high skills in programming and hardware creation. With the kit, it will be easier to piece together a basic device, even for a novice.

The new Grove Kit cots $154.99 and is available form Digi-Key and Seeed Studios.