Xbox One users can now get their hand on Microsoft’s Looking for Group and Club features via a new preview build. The improvements were first announced at E3 in June, and should help create a more connected community.

The update also comes with improvements to Gamerscore Leaderboard, as well as emoji support for the virtual keyboard, and bug fixes.

For those unfamiliar, Xbox Clubs allows users to create and manage groups based on interests. They can center around a particular game, genre, or even activities like achievement hunting.

Once formed, users can share a variety of content with each other. There’s a communal clip sharing hub, a chat room, as well as a list of online users to make it easy to invite them to your game.

If the admin links the club to a game, it will show up in the Game Hub under that title, allowing new users to apply. Naturally, Microsoft has put some safeguards in place, and the creators can remove content they don’t want.

Users can also report other players or entire clubs to Microsoft if they are violating the terms of service. The feature will also be available on Windows 10, which should help bridge the gap between console and desktop players.

Looking for Group further encourages interaction, focusing solely on finding other people to play with. Users can create advertisements with specific requirements and for certain games.

For example, you can request only players with a mic, people over a certain age, or casual/experienced gamers. You can also specify achievements you’re hunting and other goals.

Users find the advert through the variety of search filters available. From there, they can request to join, and upon approval get invited to the party. 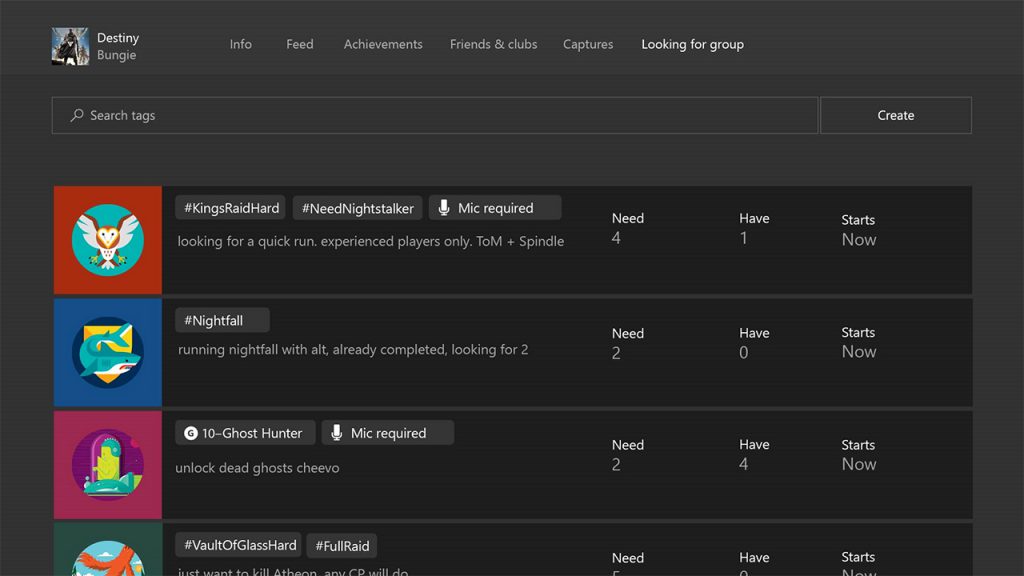 This feature will be available on Windows 10 also, and Microsoft notes that they get a lot of players from World of Warcraft taking advantage of the free voice chat.

Both features have some limitations in this build, and LFG’s main one is the small preview community. Every game may not have listings created, so Microsoft recommends testing on the following for now:

Additionally, LFG posts don’t yet show up in user profiles, clubs, or the friend’s list. They also only work live, and Microsoft deletes them if you lose connection for five minutes.

Clubs also has some restrictions. You have to wait five minutes before posting in a group, and admin notifications for new users aren’t yet live.

You can read more about the release on the Xbox Wire blog post, which also goes into detail about the changes to the Gamerscore Leaderboard.

How to Change Mouse Sensitivity and Speed in Windows 10

How to Run a Program as Administrator in Windows 10

How to Change Mouse Sensitivity and Speed in Windows 10

How to Stop Apps from Running in the Background in Windows...

Microsoft Teams to Get Customer Lockbox Feature in 2022