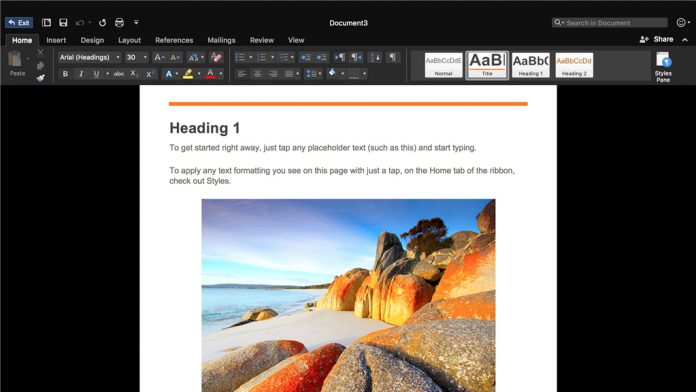 Twitter user WalkingCat has revealed details about Microsoft’s September update for Office on iOS and Mac. These features are yet unconfirmed but are sourced from .html files on the Office site.

It appears that iOS will be getting Smart Lookup, as well as a new laser pointer option. Office for Mac will be receiving focus mode, color guides and more.

We have compiled a list of the features WalkingCat leaked via Twitter, but would like to warn that they may not be entirely accurate, and some exist in Insider builds already:

Focus mode is a highly requested feature and recently made its way to the Insider build on Mac. It changes Word to have a black background and minimize some toolbars, while also giving easy access to common commands.

These changes should be coming to the general public in the next few weeks as part of Microsoft’s September update.