Today Microsoft released the August Power BI update, and it comes with a host of new improvements and fixes. Several new reporting features have been added, as well a snowflake connector and an analytics pane.

The new pane will be the central location for all analytical features going forward. Sitting near the formatting tab, it incorporates dynamic reference lines, trend lines and more.

A number of changes have also come to report view, queries, and data connectors. The full changelog is below:

Some of the features mentioned are limited, and the Power BI team has plans to extend them. The analytics pane, in particular, isn’t fully complete, and Microsoft states,“you should expect to see more features in the coming months.”

The Snowflake connector is currently in preview and be found in File>Options and Settings>Preview Features. It currently only supports data importing, so the team plan on adding DirectQuery support in the future.

This follows a similar update schedule to Impala, which Microsoft integrated last month but only added Direct Query today. You try the feature via the “Connection Settings” window. 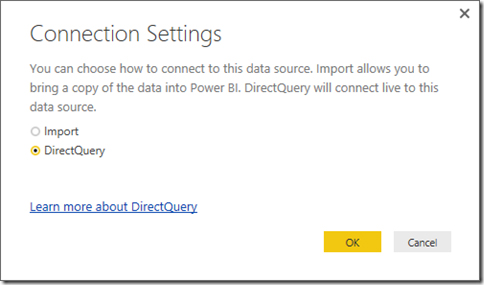 The auto-recovery option may also require some tweaking. In the File>Auto Recovery menu you can choose how often Power BI saves backups and whether to keep data if you close without saving.

You can download the latest version of Power BI Desktop here, and can also vote for new features here.