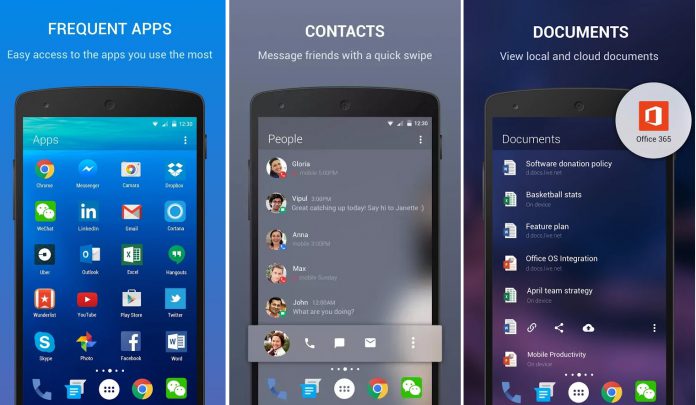 The Arrow Launcher is one of the successful launches of the Microsoft Garage division. Android users are now getting some new features in what Microsoft is calling a “MAJOR” update. The latest release brings the application up to version 2.2.

Microsoft Garage has been keeping the Arrow Launcher regularly updated. Build 2.2 seems to up the ante with a substantial set of new goodies for users to make the most of.

Arrow Launcher makes it easier to organize and manage applications and also provides features to help battery and memory-saving.

It has a customizable dock that allows access to frequently used apps, airplane mode, Wi-Fi, Bluetooth and other functionalities.

Microsoft has detailed the new features in the following changelog:

We have an exciting MAJOR update for you:

“1) Fully customizable home page. You asked, we listened. 100% freedom to place the apps and widgets that you want on your “Apps” page.

2) “Double tap screen to lock” feature is back.

3) Collage feature. In “Recent” page, hold down on any of your photos at the top to HIDE, ANNOTATE, or SHARE.

Like other Microsoft Garage project, the launcher has proven to be popular. It was launched last October on Android. The Google Play sloppy metrics suggest the app has been downloaded between one million and five million time. It has also secured high approval ratings, with some 55,000 five-star reviews from Android users.

In June, Microsoft introduced Office 365 integration to the Arrow Launcher. The update allowed users to access, edit, and read Office documents without needing an application open.