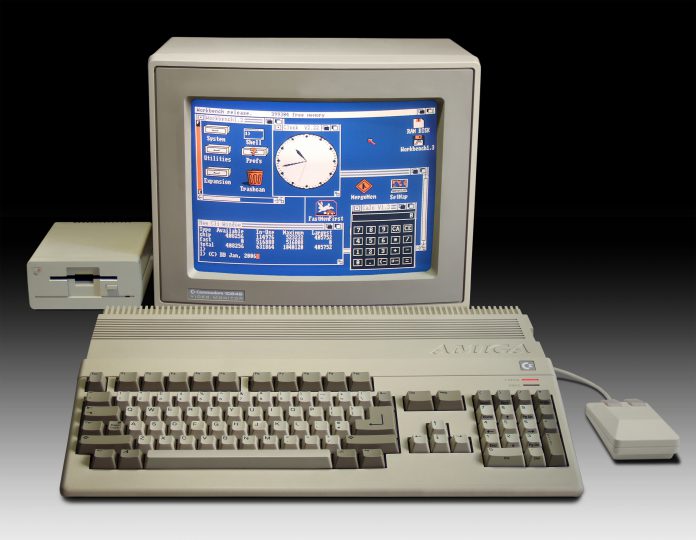 I was an early gaming convert, using a Commodore 64 as my first taste of digital hijinks. By the way, before you laugh, that was the best-selling single PC product of all-time. Screw you Microsoft and Apple. When my needs outmatched the power of the 64, I headed to the Commodore Amiga. This was a PC that could give me gaming kicks and general desktop functionality.

The images and memory are not kind to the Amiga. The truth is though, this was a powerful 16-bit machine that delivered excellent gaming. While the titles were not iconic, the Amiga was a match for 16-bit consoles like the Nintendo SNES.

If you are nostalgic for Commodore’s halcyon days before the company went bust, you can now play Amiga games. Indeed, there is a collection of 10,000 titles available at the Internet Archive.

Wired reports that the Archive has been collecting games since “the start of August”. However, it is unclear where the titles are coming from and who is adding them. Certainly, to go from zero to 10,000 in a little over a week is no mean feat.

With 10,000 games listed, there is sure to be everyone’s favorites in the Archive. All-time classics like Flashback, Cannon Fodder, and Dune II are all present. Of course, some of the major titles have been available through various mediums for years anyway. Lemmings, the Angry Birds of the 1980s is oddly missing.

One of my personal Amiga favorites was Civilization. I killed hours on the world building strategy classic and have since done the same on its various sequels. Sid Meier’s popular game is sadly not in the archive, but then there are enough gems available to temper my sadness.

It is worth mentioning that some (actually many) of the games are not complete, and some are just demos. Also, navigating around the games borders on frustrating, so bring your patience with you to the Internet Archive.

Still, if you want to relive the Amiga and your childhood and play these games on your browser … go for it.