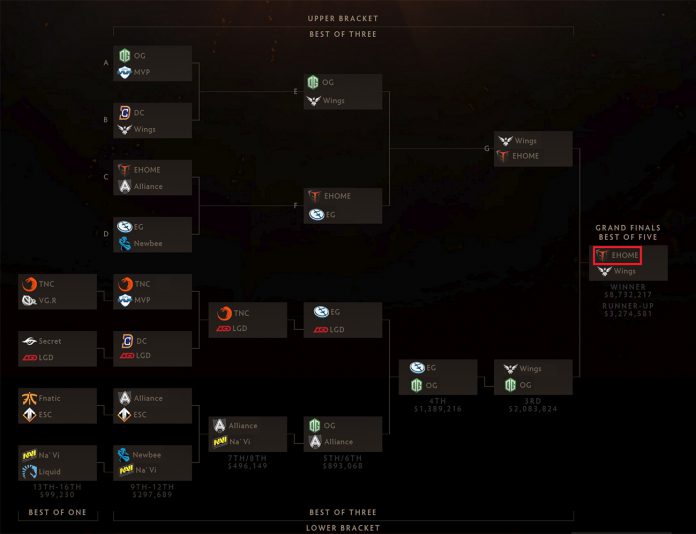 Last week, we mentioned Bing’s prediction service and how it is has been used in Rio 2016. Now it seems that when Microsoft said “sporting events” they didn’t just mean the traditional kind.

The service is starting with one of the biggest tournaments of the year: Valve’s Dota 2 International. You may wonder why Microsoft is supporting such a minor event, and the truth is that it isn’t minor at all.

In fact, $20 million dollars are at stake. Sixteen teams from around the world will be competing for the pot, and in 2014 over 20 million people were watching.

“Competitive video gaming, aka eSports, has taken the world by storm in the past few years,” says the Bing Predicts team,“…just over a month ago, Kotaku reported that last year’s League of Legend’s finals were followed by more people than the NBA Finals or World Series.”

For those unfamiliar with Dota tournaments, there is a group stage, followed by a knockout. The first group stage starts today, and here are Bing’s predictions for it:

Microsoft then predicts that EHOME will win their match against Alliance, beating EG and Wings to take the first prize of almost $9 million.

The predictions seem within the realms of possibility at first look. It’s interesting to see OG go out so early. They’ve been playing well, and a second loss to Wings seems unlikely.

Microsoft’s model takes team performance into account, however, also adding in the performance of players though gold per minute and win rates. Of course, good individual performance doesn’t mean you’re good in a team, so Bing has adjusted for this based on how players have interacted in the past.

As the tournament progresses, Bing will be updating its predictions daily. You can keep up to date with these here.