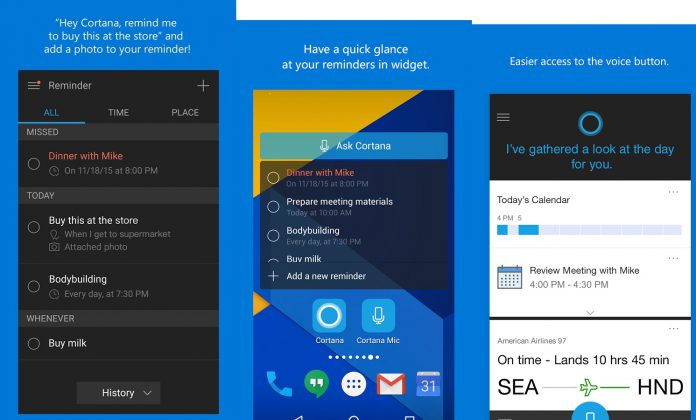 Microsoft has issued a new update for Cortana on the Android platform today. The upgrade is minimal but does add a couple of new features. Users running the virtual voice assistant on an Android device can now grab the update via the Google Play Store.

The chief new feature is the ability for Cortana to now deal with photo reminders. You may remember that Microsoft rolled out this feature to iOS devices a week ago. Now it is the turn of Android users to get to try out photo reminders. This feature has been around on the Windows Insider Program since build 14322.

Cortana is also getting a boost in her remembering skills in the new Android update. The virtual assistant can now remember what you say to her and recall it across devices on demand.

“Now you can add a photo to a reminder. Try “Hey Cortana, remind me to pick this up at the store” and add your photo.

Can remember what you tell her and recall it on demand, across all your devices.

For those who are interested, this update brings the version number to 1.9.5.”

Cortana has been rolled out to iOS and Android, as well as Microsoft’s core services. The assistant has recently made a debut on the Xbox One console, improving voice navigation on the gaming machine. However, Microsoft said last month that users will not be forced to use the service.

The latest update for Android can be found at the source.