Microsoft has rolled out its July update for Power Bi, and there are a number of features included. The company says that it is basing its new features on customer feedback. July brings a fairly extensive upgrade of the Power Bi service.

Among the new features is data driven alerts. This is a notification feature that tells a user when their metrics are passing a set threshold. Microsoft explains that this allows customers to stay on top of metrics and avoid issues. Notifications alerts are only passed to the creator who set them up. Users can see them through email and in the notification center on web and mobile apps.

The data driven alerts feature is customizable to give users control over how often they receive a notification. 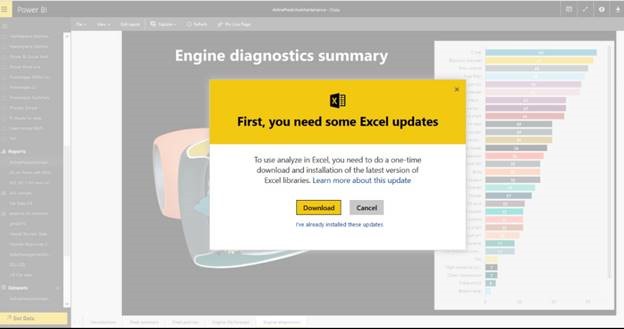 Power Bi is also getting a full RLS roll out in the July update. Microsoft introduced Row-level security (RLS) in March and since then it has been in preview form. Now users can get the full release version, the company says:

Data Classification is a simple feature that lets Power Bi customer denote a level of security for dashboards. Microsoft points out that some dashboard can be shared freely, which others are more limited. Classifying the data means users can tag a dashboard based on a security level designated by an IT department.

Microsoft has also updated the Analyze in Excel feature, which the company says is among the most popular in Power Bi. The July update brings the ability to analyze on-premises AS data in Excel. A new admin setting has also been added to control AS data analysis. This means admins can denote which users in a tenant can analyze the AS data.