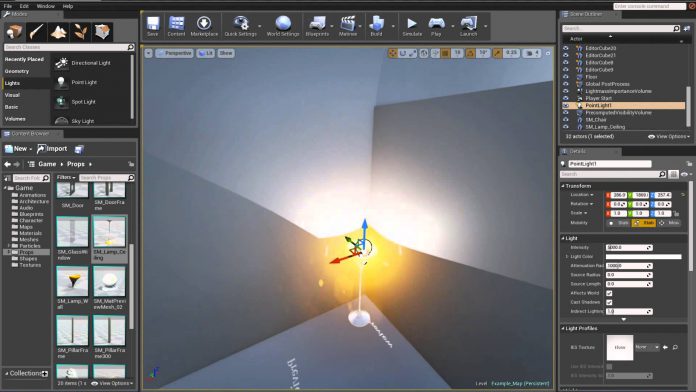 Microsoft has released source code to add Unreal Engine 4 support for Windows 10 Universal Windows Platform (UPW) apps . The code is provided by Microsoft “as is” with no warranty via GitHub as a fork of Epic Games’ Unreal Engine 4 repository.

The only requirement for game developers is to sign up for both GitHub and the Epic program to access the source code. More instructions are available on the Unreal Engine forums.

“Microsoft has developed Universal Windows Platform (UWP) support for Unreal Engine 4, and has released the source code on GitHub as a fork of Epic Games’ UE4 repository. This code is now available to all UE4 licensees under the terms of the UE4 license, which provide for source code redistribution and use.”

“Information about the code and other FAQ updates will be published to the Readme.MD  file inside the repository itself. Follow the instructions below to get access:

Ironically, Epic’s Tim Sweeney, who is the lead developer of Unreal Engine, has been slamming Microsoft and its UWP Windows 10 platform for the past few months, claiming that Microsoft will use it to eventually make Windows a closed system.

Indeed, in a recent interview with Edge magazine, Sweeney upped the crazy level, claiming that Microsoft was going to “force-patch Windows 10” so Valve’s popular Steam download service would become “progressively worse and more broken” over the next five years.

The news will clearly confuse Tim Sweeney into further reflection on future intentions of Microsoft.