At a press event in Beijing, Xiaomi made its first ever laptop, Mi Notebook Air official. The Chinese company has followed the design and naming strategy from MacBook Air and created a powerful machine with discrete graphics under the hood.

It runs Windows 10 out-of-the-box and powers up by sixth-generation Intel Core i5 processor with 8GB RAM, Nvidia GeForce 940MX video card, and 256GB SSD. If you need more space there’s also an additional SATA slot to boost storage by up to 256GB.

Despite incorporating top specs ends, Notebook Air retains a sleek profile weighing 1.28 kilos and measuring 14.5mm on the waistline. It accommodates a 40W battery, which should last up to 9.5 hours and can be quick charged with the bundled USB Type-C charger from zero to 50% in 30 minutes. 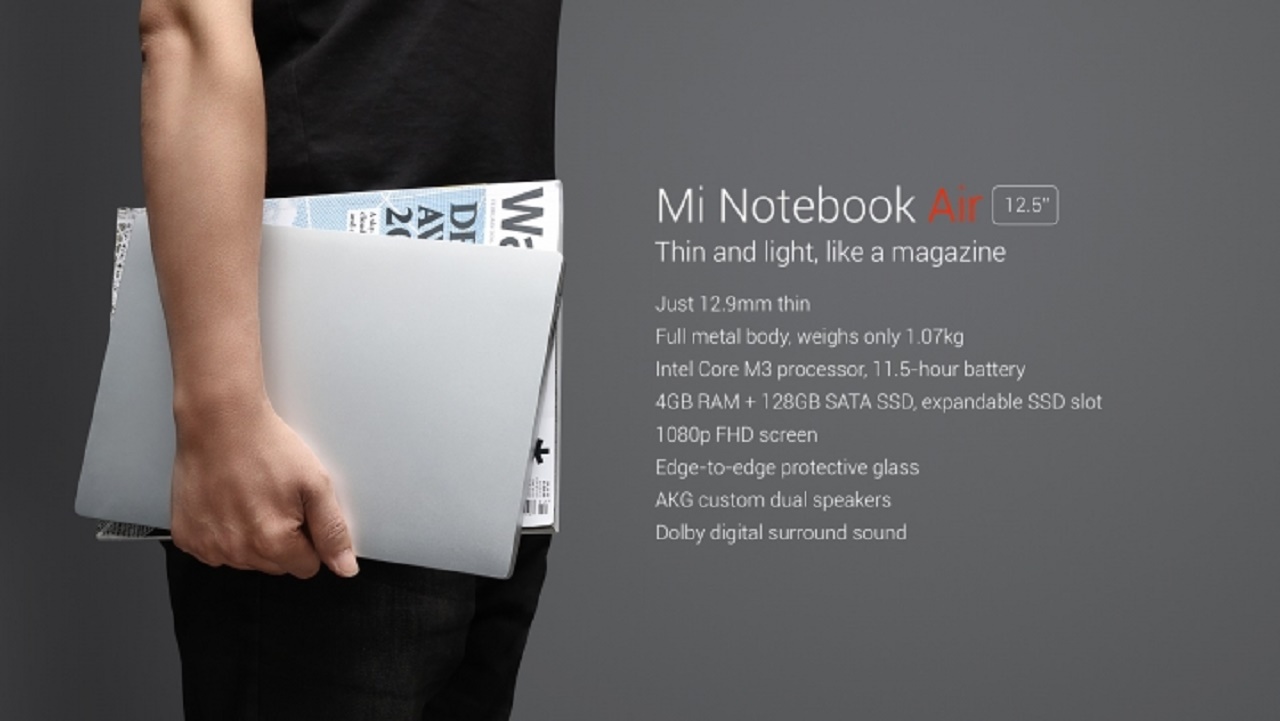 You’ll get the notebook in Silver and Gold with backlit keys, two USB 3.0 ports, one HDMI, and one 3.5mm audio jack. It has no branding at the front, but you can customize it with stickers.

Along with the top-end model, Xiaomi has also announced a smaller 12.5-inch model which is even slimmer and lighter at 12.9mm and 1.07Kg. It ships with an Intel Core M3 processor, 4GB RAM, and just 128GB SSD. It offers enhanced battery life, but there’s no dedicated GPU and the number of USB 3.0 ports is also less.

Mi Notebook Air looks like a solid entry in the growing ultralight Windows laptop market. The 13.3-inch variant will start retailing at CNY 4999 or about $750, while its smaller sibling will start at CNY 3,499 or $520. Price is an advantage, but it will be launching only in the Chinese market on August 2.

There’s no word on its global availability, but we’ll let you know as soon as we hear more.