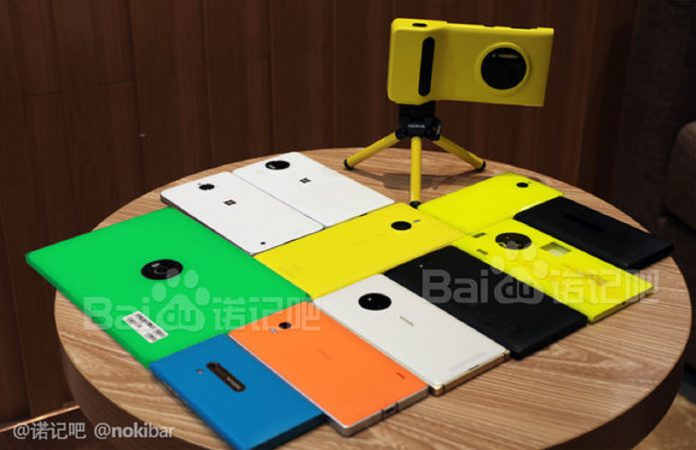 A photo showing some of Nokia’s Windows and Android devices has appeared online. Renowned Nokia fan and leaker @nokibar has posted the image on Baidu.

The image includes company’s hotly awaited tablet, the Lumia 2020 and other devices that were canceled to cut down losses.

Conceived as the younger sibling of Lumia 2520, the Nokia Lumia 2020 was one of the only few devices to run Windows RT out-of-the-box.

The 8.3-inch tablet has a 1080p IPS display and is equipped with Qualcomm’s Snapdragon 800 SoC with 2GB of RAM. It was originally expected to launch at the Mobile World Congress 2014, but never made an official appearance.

Other Canceled Nokia and Microsoft Devices

In addition to the green Lumia 2020, today’s image also showcases the canceled Lumia 650XL (in White) and a Nokia XL 2 prototype, which we have never heard about. There are more prototypes in the image some of which you can identify with Microsoft branding and others with Nokia branding.

After buying Nokia’s Devices and Services division, Microsoft canceled many scheduled smartphones, tablets and smartwatches. Since then, we have seen more leaks from old projects, presumably from ex-employees. Nokia Moonraker, McLaren, Lumia 650 XL were also recently spotted from the archives.

In fact, this isn’t the first time the Lumia 2020 has been caught on camera. Another photo appeared last year showing the tablet’s unusual rear camera arrangement, mounted in the center of the device. The Previous leak also indicated that the camera had ZEISS optics and PureView enhancements.