It is perhaps fair to say that over recent years computer processing has hit something of a plateau, especially when considering speed. Yes, performance has been enhanced by accessing more cores, but CPU speed has remained fairly static over the last decade. That may be about to change if the Swarm processor developer at MIT makes it to market.

CPU clock speeds grew rapidly through the late nineties and through the start of the century but have evened off in recent times, with only incremental improvements. Swarm represents a more seismic speed shift, however, offering parallel processing, 64 cores, and up to 75-fold speedups.

The chip was developed by Professor Daniel Sanchez at MIT and it is designed to simply and efficiently execute and prioritize tasks. This means software developers will have less code and the processor will do more of the heavy lifting. 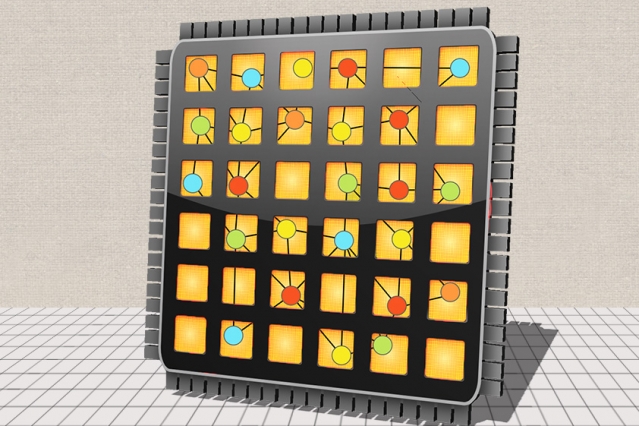 Essentially, Swarm deals with common issues in parallel programming. Usually, when a developer is writing code for a multi-core CPU, tasks need to be planned and coordinated, which can take a lot of time and work. For this reason, parallel programming is only really used for complex task scenarios that require many thousands of instructions.

Swarm deals with these problems by utilizing specialized circuitry to delegate tasks across cores and place strict priorities upon them. This means developers can program parallel with less effort, making it possible to create faster software that preforms better.

“Swarm has two advantages over conventional multicores,” Sanchez tells us. “First, Swarm supports tiny tasks, as small as tens of instructions, efficiently. By contrast, current multicores need larger tasks (thousands of instructions or more) to operate efficiently. Supporting smaller tasks allows more parallelism, simply because there often is a lot of parallelism inside each large task.

The team at MIT has put its new processor to the test, pitting it against the current high-performing parallel CPUs with six algorithms. The data revealed that Swarm was 18 times faster and needed just one tenth the code.

Is Samsung Throttling Performance on Thousands of Apps?