The new “server computing device” would send a request to each person’s phone after computing that their paths would cross, suggesting a nearby service. Using calendar activity, it makes sure both friends aren’t busy and helps them to plan their meetings.

An alternate scenario suggested is freeway journeys – rather than having to plan bathroom and food breaks in advance users would be warned of upcoming service stations before they pass them.

The information could then be passed onto mapping software and give relevant directions to the location.

This is to work primarily through “behavioral patterns…learned from the observation of activity of a particular user over time.” Using information such as how long they have stayed in each location, it would give an idea of whether or not they enjoyed their time and consumed the food, leading to calculations of how long it will be until the user needs to eat again. 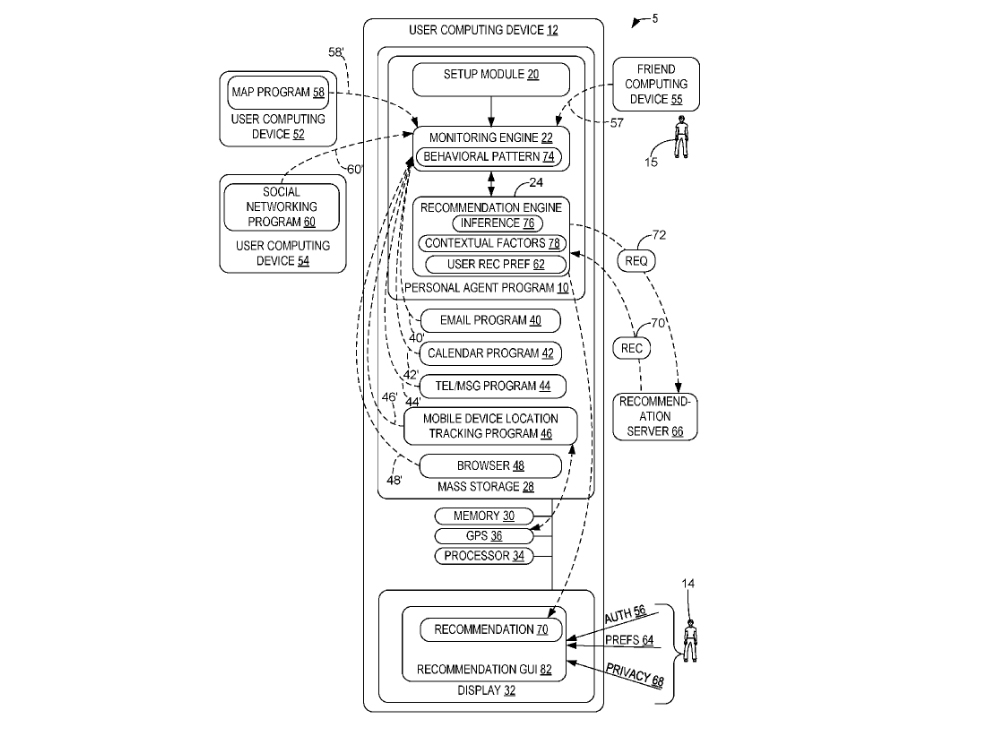 Straying into social media integration, “the monitoring engine may observe that the user has dined at three restaurants after receiving positive comments…from a friend.” Following this, the restaurants that friend frequents can be gathered and passed on to the user.

It’s clear that this technology would have many applications, and Microsoft suggests it could even be used to create social plans for future events: “a predictive model may identify from the calendar program that next Saturday evening is available for the user. The predictive model may then generate a wonderful multistep plan for the user and his or her spouse for next Saturday evening. The plan may include, for example, a drive to a location, coupled with one or more activities, such as dinner and entertainment.”

Such a device could be revolutionary in changing the way users live, but would also need unprecedented access to communications and personal data. Its potential for success seems to depend entirely on how much of themselves the user is willing to hand over to technology.