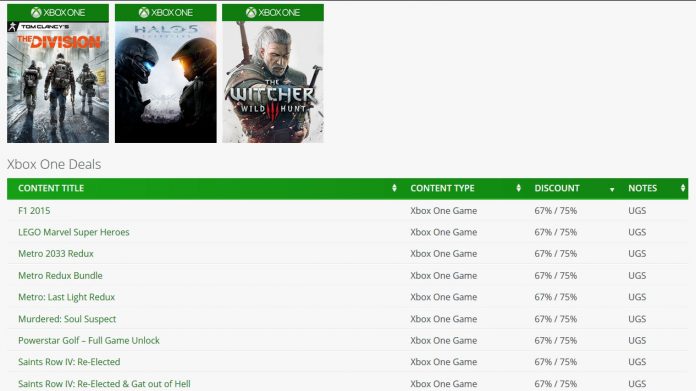 Microsoft’s Ultimate Game Sale will run from the 5th – 11th July and include new titles such as Dark Souls III, Battleborn and Doom for Xbox One, as well as plenty of popular older games like Red Dead Redemption for the Xbox 360.

Savings will range from 10-75%, with the majority falling into the 40-50% off category, and Xbox Live Gold members benefit from an extra 10% off on all titles.

The selection of PC games is far more limited, the only notable titles being Quantum Break, Rise of the Tomb Raider and Gears of War. Microsoft has yet to release the savings on these titles, so you’ll have to weigh up the chances of Tomb Raider being knocked down more than the current Steam discount of 35% (Ends June 5th).

As an additional extra for those who haven’t yet bought the console, the Xbox One will be available for $279 for a limited time and will come with a free game, controller and $50 gift card.

The full list of Xbox games can be accessed on Major Nelson, and the PC and mobile games on their store page. Be sure to check out their backwards compatible games, which will also be on sale.