Bill Gates has given his seal of approval to Microsoft’s acquisition of LinkedIn, which was announced by the company on Monday. The co-founder and visionary behind Microsoft described the $26.2 billion deal as a great transaction during an interview with Bloomberg’s Erik Schatzker.

During the interview, Schatzker asked Bill Gates whether the high cost of the purchase had concerned him and what his overall thoughts on the deal were. Gates responded:

“Well, I am an active board member at Microsoft and I am very enthused about the stuff the company is doing. I think it’s a great transaction. LinkedIn brings a lot… combined with what Microsoft does working with people and productivity, and helping professionals communicate, I think there will be a lot of synergies there. (I am) glad to see that it (the acquisition) happened.” 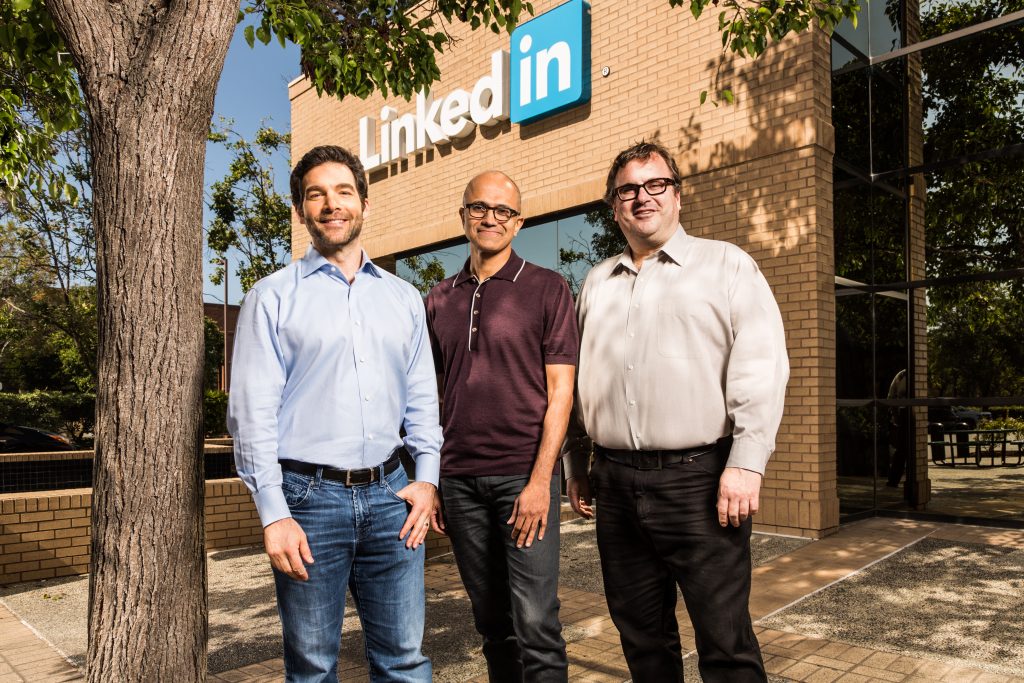 The interviewer suggested investors are not particularly happy with the deal, but Gates insists there is value for Microsoft in the purchase. He also added that there are “great people” involved from both Microsoft and LinkedIn to make sure that the acquisition is not a failure. He concluded that the target should be to make LinkedIn as vital a tool for professionals as Facebook is for social.

Microsoft’s acquisition was announced in a surprise flurry of news releases on a busy Monday morning, starting with early word the company was going to drop the bomb. The official announcement came all packaged, with Microsoft CEO Satya Nadella announcing what would be the biggest transaction in the company’s history.

LinkedIn will continue to operate on its own, while the business and tech world now debates how Microsoft will extract value from the deal. The company overpaid by 50% per share ($1.96).

How can check out the video with Bill Gates here.