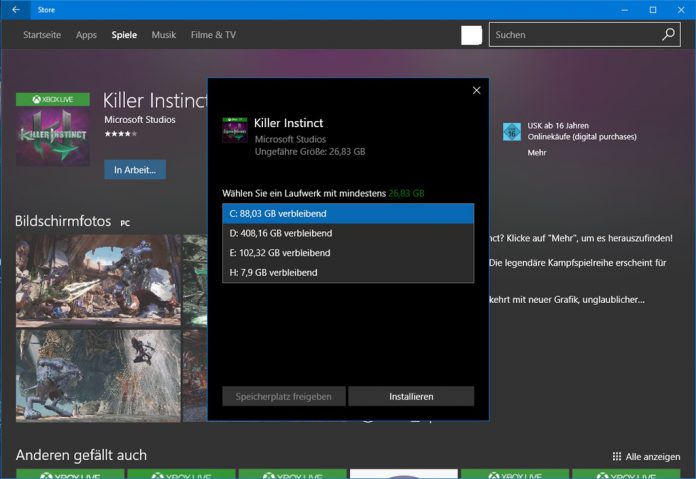 If you want an app or game on a Windows 10 PC then you will be heading to the Windows Store to get them. Microsoft has done a lot to make the Windows Store a good ecosystem, not least by filling it with more and more apps and games. However, downloading big apps remains an issue because the Store downloads large apps into the Windows partition.

Microsoft has now solved this problem, at least for Windows Insiders. The company has quietly rolled out a feature that lets users change the default location for applications from the Windows Store. This means it will be possible to store large applications on a different drive.

A Reddit user found the feature, but it seems that it may have been active for some time considering its works on the last two Windows 10 Anniversary preview updates. The ability to change the default app location from the Windows Store has been successfully tested on preview build 14361 and this week’s build 14366.

The feature is not too expansive, with the user only able to select which drive the app is saved into and not a specific file location. Smaller apps can be chosen to go into the default location through PC Settings.

At the moment this is only available to Windows Insiders, but it is undoubtedly a feature that is going to be rolled out to end users with the Windows 10 Anniversary Update next month.

Just yesterday Microsoft launched a new update for Windows 10 to those on the Windows Insider Program Fast Ring. Preview Build 14366 introduced Office Online as an Edge Extension, allowing users to access documents and manage them directly within the browser.