One of the reasons why Microsoft’s HoloLens focuses on augmented reality instead of VR is because it allows for software that transforms an environment. In other words, the scope for gaming, apps, and productivity is potentially endless. However, before that Microsoft just wants to make the HoloLens concept hugely functional, and products and services is a good way to do that.

These days, services mean apps, so HoloLens users will be pleased to see that Microsoft has announced dedicated AR versions of the Outlook email app and calendar. These simple applications actually show just how powerful augmented reality can be, turning any space into a potential screen for the Outlook app. In its official announcement, Microsoft explained the power of AR for basic apps:

“With Outlook Mail on HoloLens, you can now place your inbox on your office wall to stay on top of emails while simultaneously interacting with other digital content in your real world. You can also quickly see what’s coming up next in your day with your new wall calendar.” 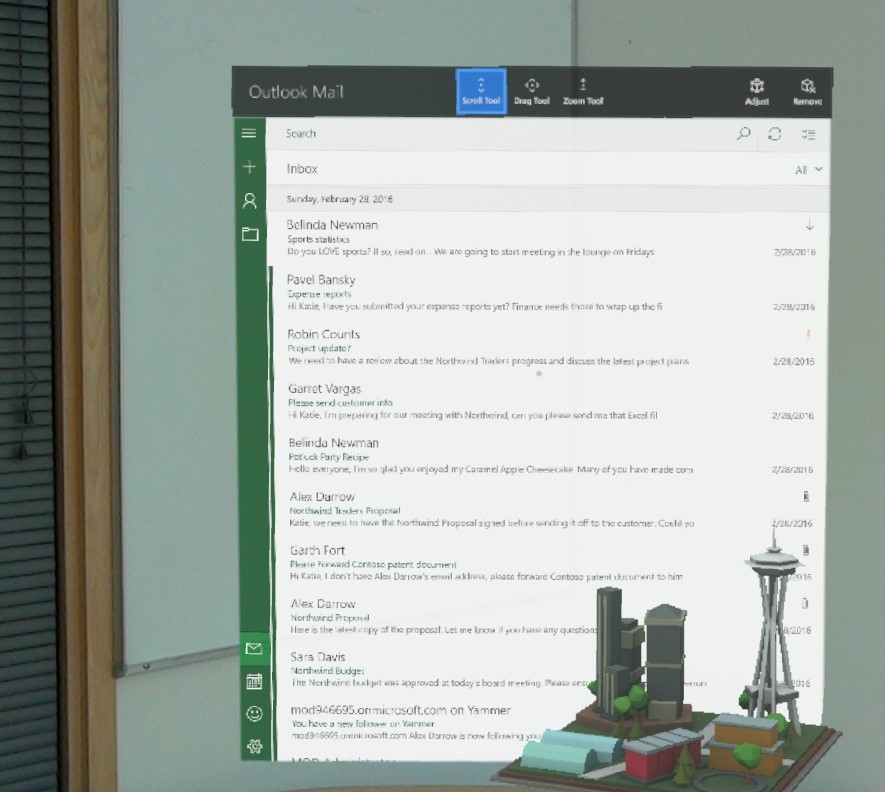 Microsoft has not played around with the design, so this is the same UI you would see from the Outlook app on a desktop. At the moment, it seems as though the apps show across the full field of view as you would see them with the naked eye. If you have been following HoloLens, you will not it has a limited field of view, so unless there is a way to clip the windows you will need to move you head to see the whole app.

In terms of functionality, the way you interact with Outlook on HoloLens is naturally different to how you would on a PC or smartphone. It is also worth mentioning that this is a Universal Windows Platform (UWP) application, meaning developers could easily code the desktop app to be compatible with HoloLens.

Microsoft Teams and Outlook down amid Major Microsoft 365 Outage