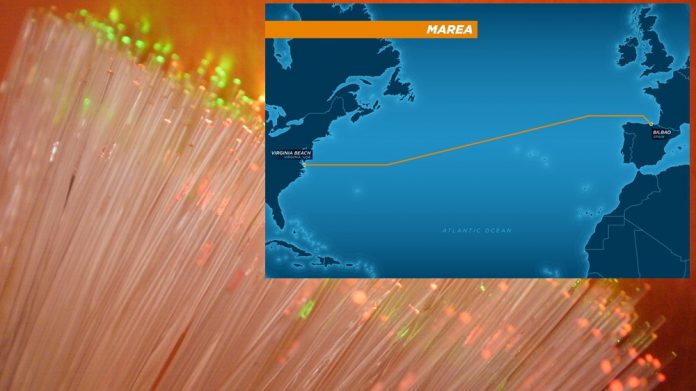 Microsoft has announced a partnership with Facebook to connect North American and Europe with a line of cable that will deliver high-speed data connections. The fiber optic cable is called “MAREA” (tide in Spanish) and has been described as a state-of-the-art subsea cable, it will reach from Virginia to Bilbao, Spain.

In its official announcement, Microsoft said that MAREA will deliver reliable and super-fast connections for cloud and online services, giving its customers rapid data speeds. The cable will be capable of data speeds of 160 terabits per second of bandwidth, which in perspective is around 16 million times faster than the average home connection.

The project is a significant engineering project that will see the MAREA cable stretch 6,600 kilometers across the bed of the Atlantic Ocean. Microsoft and Facebook say that construction will begin August 2016 and the project is penciled to be completed in October 2017.

Redmond is now a cloud-focused company and its Azure platform is growing in popularity and usage, resulting in greater demand for high-speed data. Aside from Azure, Microsoft’s other connected services like Xbox Live, Office 365, and Skype also require huge amounts of data. The company says cables like MAREA allow it to expand its global reach and deliver quick access to data that cloud customers demand.

“In order to better serve our customers and provide the type of reliable and low-latency connectivity they deserve, we are continuing to invest in new and innovative ways to continuously upgrade both the Microsoft Cloud and the global Internet infrastructure,” said Frank Rey, director, global network acquisition, Microsoft Corp. “This marks an important new step in building the next-generation infrastructure of the Internet.”

The scale of the new cable cannot be underestimated. It will be the highest-capacity subsea cable to ever cross the Atlantic, and the eight fiber pairs will provide data to Europe, Africa, and the Middle East. Microsoft points out that the positioning is lower than the traditional New York longitude preference, meaning more customers can be served by the high data capacity.