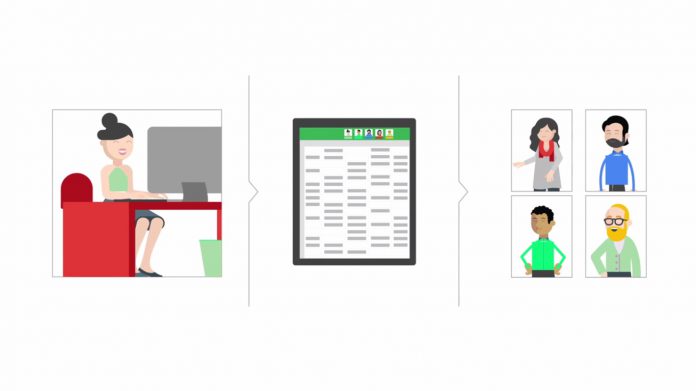 Microsoft’s Office 365 is the leading productivity suite, but Google’s new Google Apps API gives the company an integrated app service that should appeal to developers.

Google Apps and Google Docs are solid suites, but neither really match the productivity potential of Microsoft’s Office 365, but a new announcement from Google could help to bridge the gap. The company has announced a new Google Apps API that makes it easier to integrate applications directly into Google Apps.

This addition makes Google Docs more of a robust productivity platform by allowing outside applications to hook up to Google Apps and sync data back and forth without needing to export anything.

“Computing and productivity tools have made things better, but workers still find themselves doing the same tasks over and over across the different apps they use: copying and pasting from a CRM app to a slide presentation, or manually exporting data from a project management app just to turn around and import it back into a spreadsheet. It’s the digital equivalent of pushing paper.”

Google has already partnered with several major enterprise oriented services at the launch of the API, including Trello, SAP, and Salesforce, the latter two have also collaborated with Microsoft recently. At the moment the Google Apps API has the Google Sheets spreadsheet application and Slides presentation tool on the web, but more supporting apps and tools will be added.

Of course, this announcement mirrors closely what Microsoft has been doing with Office 365, the company’s cloud based productivity suite. For some time Office 365 has been able to sync users data across multiple devices and platforms, allowing subscribers to start work in one location and finish it in another, without the need to export anything.

Microsoft has long been the leader in workplace productivity and also in the consumer space, and Google’s previous efforts to muscle in on the business have only been mildly successful. The Google Apps API certainly gives the company a better platform to attract developers, but Microsoft still has a significant head start.